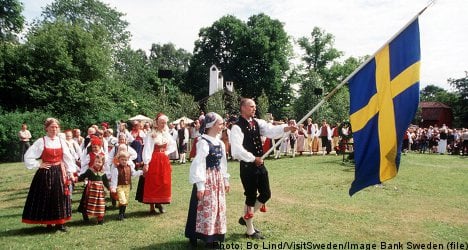 Sweden is a country with a strongly rooted culture. Lots of traditions, varying from the singing of “Helan går” to the celebrating of the name day, all serve to preserve and protect a common sense of identity.

This common identity is also strengthened by the fact that Sweden has always been located on the periphery of Europe, relatively isolated with a landscape and climate that are impenetrable for most foreigners for a good part of the year.

The 20th century was one during which Sweden relied primarily on itself with relatively little need to explore the outside world, only joining the European Union almost 40 years after its conception.

This lack of inter-cultural exposure and the inward nature of Swedes during the last century might be a few of the reasons why the communication skills of Swedes are generally regarded as not very strong.

Swedes are used to low-context communication. In other words, “I say what I think and I do what I say”. There is no reason to beat around the bush or to spend any more words on a proposal than absolutely necessary.

While this kind of communication can work with Danes, Dutch or German people they often fail to see that when dealing with other nationalities this creates a distance with their communication partner or in the worst case even offends him or her.

In order to improve this situation we must begin at ground level, i.e. the schools and universities. But here lies another cultural problem. The strong cultural emphasis on equality (which is only to be applauded as a general principle) had led to a situation in which competition is condemned and excellence is considered elitist.

Children are stimulated to be creative and solution orientated, but much less to know the factual backgrounds and be competitive in order to excel. Jantelagen is deeply rooted in the subconsciousness of many Swedes.

A cultural concept which tells children at a very young age not to believe that they could or should be better then any of their class mates, thus taking away the stimulation for children to strive to be the best they can be.

One of the ways this situation can be improved is by introducing the Anglo-Saxon tradition of “debate competitions” (or in Sweden “debate challenges” might be a better word?).

Debate competitions are a great way for children to improve their English, enhance their self confidence and let them interact in a different and stimulating way.

Yet after talking to different institutions and schools we still find that people hesitate to embrace this foreign concept. The idea of letting students compete against each other and showing off their rhetorical skills in front of a jury and audience seems to frighten the introvert Swede.

Could it be that Sweden’s culture is standing in the way of Sweden’s education?

We need managers, educators and teachers that are willing to take a chance. A chance to improve the system and give their children a new and valuable tool. A tool that will be useful for their students, whatever career they might choose.

Because we have the duty to prepare today’s children for a globalized world. The world really IS their oyster and if we fail to prepare them, we are preparing to fail.

Ruben Brunsveld is Director of The Stockholm Institute for Public Speaking