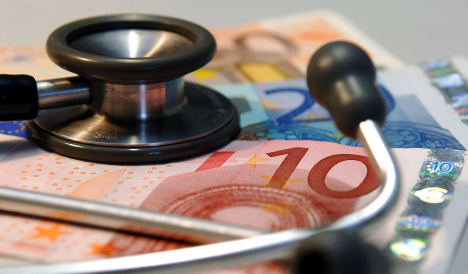 German magazine Der Spiegel said the special investigative unit “INES” had opened a preliminary investigation into Oncosachs. Detectives also searched company property and the offices of doctors involved in the case on Tuesday.

A Berlin oncologist told Der Spiegel that in September, he was offered up to €90,000 in potential rewards for ordering medications through Oncosachs, adding that a representative for the Leipzig company told him he could receive €50 per chemotherapy infusion.

The doctor said if he were to treat 10 cancer patients with infusions each day, he could earn a total of €90,000 in the year. He said he was told that officially, the money would be paid as compensation for participating in a medical study.

“I told the Oncosachs woman that it didn’t sound like a study, but more like a commission,” the doctor told Der Spiegel.

Oncosachs CEO Uwe Krasselt also owns the company Promedkos, which conducts medical studies and clinical trials. Krasselt rebuffed the claims and denied any knowledge of reported offers made to the oncologist in Berlin.

Krasselt said Promedkos only conducts reputable studies and that no bribes had been paid to doctors. He claimed that Berlin-based drug companies that have lost business to Krasselt were behind the allegations.

Meanwhile, Der Spiegel also obtained an internal company document from Promedkos that lists how much a doctor can potentially be rewarded – €50 for an infusion, with a cap of €300 per patient.