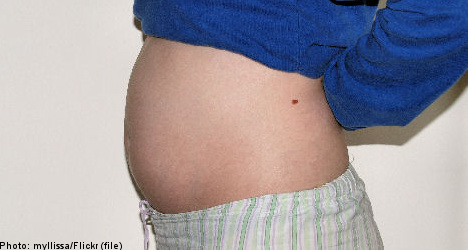 The case involved a woman who had been assigned a traineeship at the milk farm via Sweden’s National Employment Agency (Arbetsförmedlingen) in 2009.

Throughout her time on the farm, she expressed her desire to continue as a full-time employee. But when she told the farmer she had suffered a miscarriage in May 2009, her employee terminated her traineeship.

In subsequent conversations, which the woman had recorded, the farmer explained he didn’t want to hire someone who wanted to have children because of the complications and expense involved in finding a replacement during parental leave.

The woman took her case to Sweden’s Equality Ombudsman (Diskrimineringsombudsmannen – DO), which represented her in a hearing before the Swedish Labour Court (Arbetsdomstolen – AD).

On Wednesday, the court found the farmer guilty of breaking Sweden’s discrimination laws as well as the country’s parental leave laws and ordered him to pay the woman 30,000 kronor ($4,500) in compensation.

“Many woman run into difficulties in their career when they become pregnant or plan on taking parental leave, especially when it comes to getting or holding onto one’s job,” ombudsman Katri Linna said in a statement.

“It’s often young women with uncertain employment conditions who lose their job. That causes serious consequences for the future of their career.”

During the proceedings, the employment officer who assigned the woman to work on the farm said he would have never offered her the traineeship if he had known she was pregnant.

As a result of the man’s statement, the woman has also reported the National Employment Office to the Equality Ombudsman for discrimination.