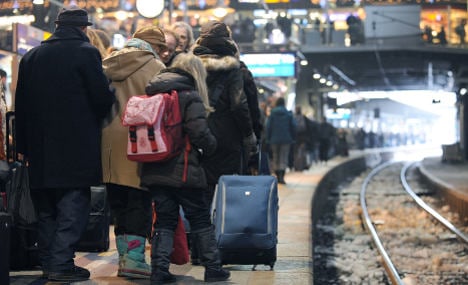 Transport Minister Peter Ramsauer is set to present the unflattering report on the country’s beleaguered rail service Wednesday, detailing how the company’s inability to handle the tough winter led to travel chaos for passengers.

“Reasons for this were snow drifts, frozen junction plates, and ice at crossings,” according to excerpts from the report provided to a parliamentary transport committee. Some 110,000 Deutsche Bahn passengers have demanded damages for late or cancelled trains.

Ramsauer’s ministry has spent the last several weeks researching the report on how the icy weather affected all forms of transportation in the country, including salt and de-icer shortages endangering roads and airports, but the most damning details focus on Deutsche Bahn.

In the report, Ramsauer also criticised his predecessor Wolfgang Tiefensee and former Deutsche Bahn CEO Hartmut Mehdorn for leading the company into its current state.

Last summer Ramsauer alleged that spending cuts ahead of the planned public offering to boost the company’s bottom line were partly to blame for major technical problems on trains during a heat wave.

With even greater problems this winter, Deutsche Bahn must now concentrate indefinitely on improving its core business services instead of aiming to float part of the company on the stock market to fund expansion, the report said.

Investment in new and existing trains must be increased, Ramsauer added in the report.

“Additionally capacity at workshops must also be increased,” he said.

Meanwhile 14 new high-speed ICE trains expected by 2012 will no longer be sold abroad, instead being put to use at home. Another 10 trains currently in use by the Netherlands national rail service will be also be bought back, while others will be rented from Swiss and French rail companies.

The details of the report emerged a week after Deutsche Bahn boss Rüdiger Grube faced angry questioning from state officials and the parliamentary transportation committee for the company’s failures. He promised €44 billion in investment on upgrades over the next five years – though some state transport ministers insisted that would not be enough and Grube admitted he could not guarantee services would be back to normal next winter.

Still the centre-right federal government, backed by conservative state ministers, refused to waive the €500 million it is owed by Deutsche Bahn as a dividend on profits.