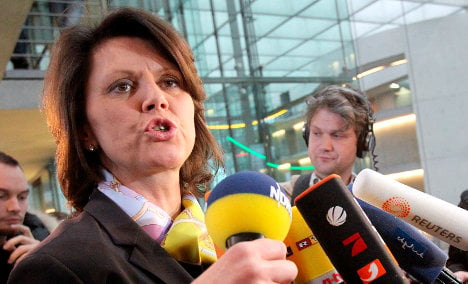 “I expect that the states will stand behind this plan and do their part to increase quality and monitoring, and improve inspection practices,” Aigner told daily Hamburger Abendblatt.

The minister said she was confident her plan would be approved because it also includes points suggested by opposition parties the centre-left Social Democrats (SPD) and the environmentalist Greens.

Among the details are mandatory registration for animal feed makers and private testing laboratories, a strict separation of production lines, and broader legal guidelines for feed inspection.

Aigner and state agriculture ministers have also spoken in favour of reviewing criminal punishment for those responsible for the dioxin contamination that closed thousands of German farms and contaminated countless eggs and pork products in recent weeks.

But Reinholz said he was uncertain that Aigner’s plans for closer cooperation between states and the federal government is appropriate.

“The states are already in a position to conduct the necessary inspections themselves,” he said.

“If the federal government wants to pay for the inspections itself, it can do that,” he told daily Frankfurter Rundschau. “But more importantly, we must strengthen states and communities so they can be more active on-site.”