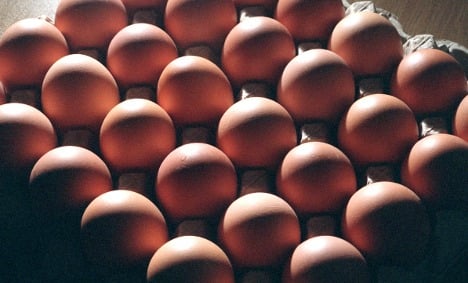 Merkel spoke with both politicians, who belong to her conservatives, in an attempt to reach “peace,” daily Bild reported on Monday.

The chancellor persuaded Aigner to retract angry calls for “personnel consequences” in Lower Saxony for the closure of 1,000 farms at the weekend. Aigner has accused the state of grave failures in preventing the spread of the carcinogenic industrial fat to farms across the nation.

Aigner called for Lower Saxony’s state premier David McAllister to be tough, saying, “This is a scandal within a scandal.” He was told to deliver a full report by Saturday afternoon, and to enforce punishments on those responsible by that evening.

The embarrassing news of further farm closures came after Aigner had visited the Lower Saxony state consumer protection and food safety office on Friday and was emphatically reassured that everything was being done to get the dioxin scandal under control.

But Lower Saxony Agriculture Minister Gert Lindemann and state premier McAllister rejected her demands. No state officials working on the problem will be exposed at the behest of Aigner, Lindemann told news agency DAPD.

Meanwhile on Monday Aigner said she would still insist that Lower Saxony clarify its communication failures, which also led to more dioxin contaminated products being released for consumer consumption.

“Lower Saxony has pledged to explain why the federal minister was not immediately informed,” a spokesperson from her office told news agency DPA.