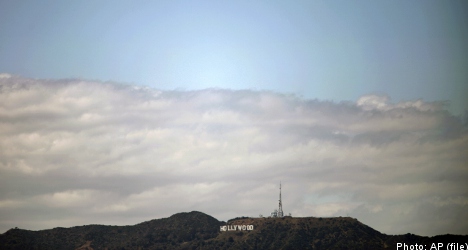 Low cloud over Hollywood Hills in April; LA has the worst ozone pollution in US

Sweden’s Meteorological and Hydrological Institute (Sveriges Meteorologiska och Hydrologiska Institut, SMHI) explained that the weather was particularly favourable at the end of 2010 and it explain why the ozone layer was especially thick at the time.

“It is a step in the right direction, but it is still too early to say that the ozone layer has recovered. The favourable weather situation over the last few months has contributed to a record high,” said Weine Josefsson, a meteorologist at SMHI, in a statement on Friday.

The annual value of the ozone layer’s thickness over Norrköping in 2010 stood at a new high of 351.7 Dobson units (DU). The previous record was set in 1991 at 341.8 DU. The November and December values in particular set new records among the measurements regularly made at SMHI since 1988.

“A thin ozone layer results in more harmful UV radiation possibly reaching the earth’s surface and can increase the risk of skin cancer, damage to the eyes and effects on the immune system,” explained Josefsson.

“A change of radiation can also affect ecosystems and increase the degradation of plastics, paints, paper, and rubber,” she added.

Even in Norrland in the country’s north, the values have been positive in the last year. The ozone layer has been measured regularly in Vindeln northwest of Umeå in northern Sweden since 1991 and the latest results were also positive in this area.

However, it is not possible to record complete ozone measurements in the winter, so it is uncertain whether a record was set there as well at the end of last year.

In November and December, air flows were affected by a special weather situation over western Europe, resulting in an extra thick ozone layer over this part of the world in these two months.

It is possible that the restrictions on ozone-depleting substances proposed in the Montreal Protocol in 1987 have also contributed to the thickening of the ozone layer.

However, this type of measure is effective over a long period of time and it is difficult to distinguish the effect of natural variations in this case.

Variations in ozone layer thickness can differ greatly from one day to the next. 2010 also started with a wide variation, which is typical in the winter. The thickness in the spring was pretty normal, while the summer began with a slight surplus in June, then a certain deficit in July and a small surplus in August.

In the autumn, the thickness was well above normal and beat a monthly record in November. This was followed by yet another record month in December, beating the previous record in 2009. 2011 has begun with more normal values.

The ozone layer is the term for the accumulation of ozone gas that predominantly lies between 10 to 50 kilometres above the earth’s surface in the stratosphere. There is also ozone in the lower parts of the atmosphere, but in lower concentrations.

How much ozone in the atmosphere on a given day over a specific location depends on the movement of air, particularly in the stratosphere. With help from the wind, ozone can accumulate over certain areas and correspondingly decrease over others.

Over longer periods of months and years, the amount of ozone also depends on chemical processes and ultraviolet radiation from the sun. These two factors affect the formation and decomposition of ozone gas.