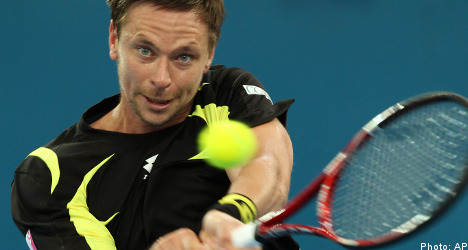 Söderling enjoyed a 6-3, 7-5 win over a typically feisty Radek Stepanek in the first semi-final, before defending champion Roddick overcame big-serving South African Kevin Anderson in three sets 6-2, 4-6, 6-2 in the other.

The tournament is a tune-up for the first Grand Slam tournament of the season, the Australian Open, which will be held from January 17th to 30th in Melbourne.

Söderling, the first top-five player from Sweden in a decade, will go into the final as slight favourite after giving a serving master class during his win over Stepanek.

He broke the Czech early in both sets and was untroubled on his own serve until inexplicably stumbling while serving for the match at 5-4 in the second.

Stepanek seized on his only break point opportunity in the match to level the set at 5-5, only to drop his own serve immediately and hand the initiative back to Söderling.

This time, the 26-year-old world number five made no mistake as he comfortably held to wrap up an entertaining match.

Söderling said he became too conservative when he got the chance to serve for the match the first time.

“I missed a couple of easy shots but at the same time he played really well. Maybe I didn’t go for my first serve as much as I should have — I tried to put it in but he returned very well,” he explained.

“I think it was a mix of me playing a little bit too safe and him playing very well,” added Söderling.

Roddick opened his semi-final strongly against a nervous-looking Anderson, breaking the South African twice on his way to a 4-0 lead.

Anderson recovered and gradually came into the contest, beginning to dominate during the second set and breaking the American at 5-4 to level the match.

However, he seemed to lose concentration at the start of the third and Roddick pounced, breaking Anderson twice to again race to 4-0 before comfortably serving it out to take the match.

“I felt like I was in control pretty much the whole match, even in the second set I played one bad game but I thought I had more looks at his serve than he had at mine. I actually broke more than I thought I would against his serve,” said Roddick.

Roddick said he expected that the final would bring out the best of both men.

“We’re going to see the best of what we’ve seen this week. He’s playing great, he served real well today. He was in control of that whole match — he’s been in control of all his matches this week,” he said. 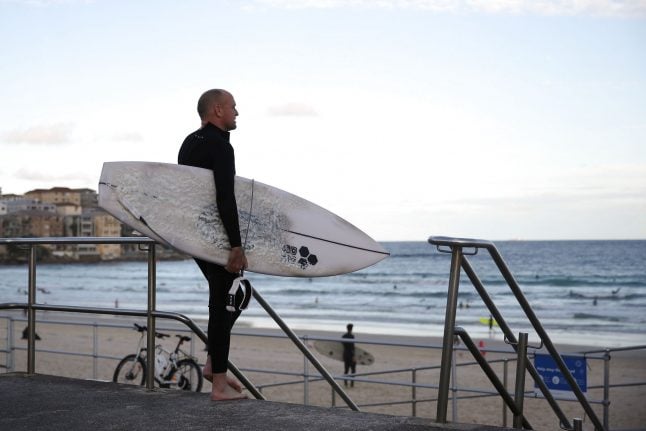 Danes are still not recommended to travel to Australia. Photo: Loren Elliott/Reuters/Ritzau Scanpix
The decision to allow residents of the six countries to enter Denmark was made by representatives of Denmark's infectious disease agency SSI, together with officials from the Ministry of Foreign Affairs and the Ministry of Justice, based on the 15 country “safe travel list” agreed by the European Council on Monday.
Denmark judged that residents of Algeria, Georgia, Montenegro, Morocco, Rwanda, Serbia and Uruguay — which all made the European Council list, are not safe enough according to Danish standards, but gave no reasons for its decision.
Denmark's foreign ministry said it would also continue to advise Danish residents against unnecessary travel to the six countries, as they all impose quarantine restrictions on people arriving from Denmark.

“This means that all travel guides for these countries remain 'orange', the foreign ministry said in a statement. “So it goes without saying that all unnecessary journeys continue to be discouraged to countries outside the EU / Schengen and UK.”

“If a country that the Ministry of Foreign Affairs only recommends to travel because of entry restrictions or quarantine requirements, lift these, the travel guidance will be eased.”

For the same reason, the UK, Ireland and Romania are still rated 'orange' by the foreign ministry, because of quarantine requirements imposed on Danish citizens.