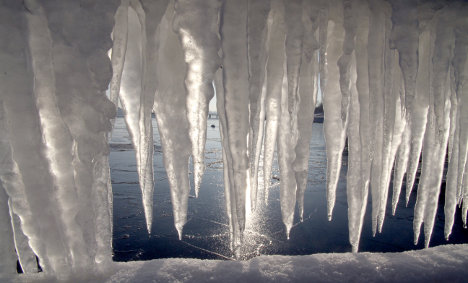 The warning came after a 16-year-old girl in Lower Saxony froze to death Saturday night after falling into a ditch on her way home from a Christmas ball.

Police believe the drunk girl left the party at a pub and, while crossing a neighbouring patch of land, slipped in the darkness, fell into the ditch and couldn’t get out.

With no one having noticed her fall, she lay there for hours in temperatures of about -10 degrees Celsius. Her parents reported her missing and police and fire workers found her body a day later.

The German Weather Service (DWD) forecast temperatures to sink to a chilling -20 degrees in the east – and even colder in some places – though it would be a comparatively comfortable -1 degree in parts of the west.

“As far as temperatures are concerned, Germany is divided in two,” said DWD meteorologist Dorothea Paetzold.

A deep freezer typically operates at about -18 degrees.

Charities and emergency services are bracing themselves for a rough night, especially for homeless people who can’t find temporary shelter. Last winter, 17 people died around the country from cold.

Experts say that people these days generally watch out for the interests of homeless people during tough winters.

“People are sensitive,” said Thomas Specht, head of the group BAG Wohnungslosenhilfe, which helps the homeless. “Many keep a close look out and inform charity organisations or police if they see someone lying outside.”