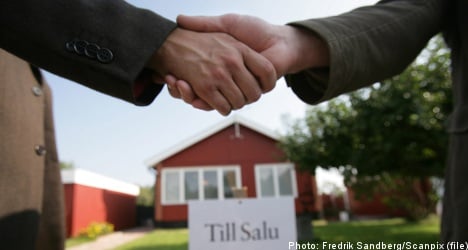 The proportion of outstanding mortgages with a floating interest rate or original interest rate period of up to one year is 68 percent, amounting to to 1.35 trillion. Only 5 percent of mortgages have a loan period of more than five years, totalling 91 billion kronor.

In addition, lending rates rose in November, with the average interest rate for new loan agreements to households at 3.13 percent, compared with 3 percent in October.

Interest on loans with floating rates grew the most to 3.07 percent from 2.82 percent in October. Interest has also risen for loans with longer periods.

The rate of lending growth has slowed slightly as interest rates rose, coupled with the mortgage cap imposed by the Financial Services Authority in October.

“It is too early to say that interest rate increases and the mortgage cap are not taking a bite. I believe that we need more time to come to that conclusion,” he said.

Debate continues about the need for stricter lending rules, such as installment payment requirements on households, if existing measures are deemed not to have any major impact.

“One thing is certain: the current figures are still too high. From a macro perspective, it is disappointing that credit expansion remains as strong as it is. It is not sustainable,” said Bergqvist. 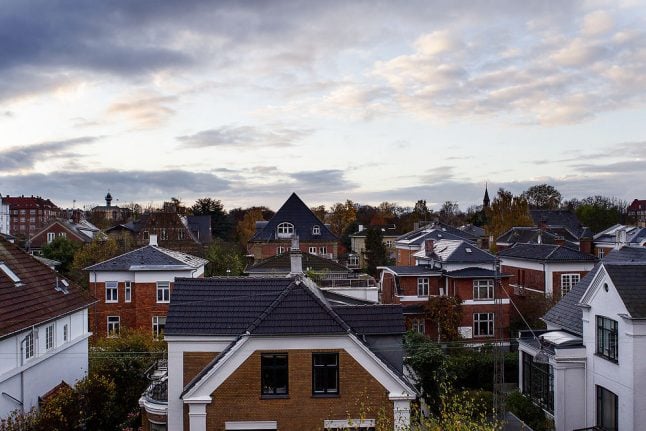 Negative interest results in the customer effectively being paid by the lender to borrow money, or that they pay back less than they have loaned.

On Monday, the phenomenon was showing signs of spreading elsewhere in the country’s financial sector.

Homeowners who have taken out a certain type of loan known as an F5 loan, with which up to 40 percent of the house’s value can be borrowed, can, with Monday’s interest levels, find themselves paying minus 6 kroner per month to borrow 1 million kroner.

Interest on F5 loans is currently at -0.56 percent, with the repayment rate 0.55 percent. Those terms mean homeowners can be given money for borrowing money.

While last week’s negative interest mortgages were the result of a specific set of contributory circumstances, a larger group of borrowers could benefit this time, according to Christian Helligsøe Heinig, Realkredit Denmark’s head economist.

“It will typically be homeowners in the senior age group, who think they have repaid enough and want to make their daily lives sweeter, who will be looking towards flexible repayment and F5 loans,” Heinig said.

Around 1 in 4 of homeowners borrowing from Realkredit Denmark have a loan-to-value ration of a maximum of 40 percent, he said.

But the situation is an “absurdity” that breaks with economic wisdom, he added.

It is partly caused by a flooding on the market of money available for investment, he said.

That is related to attempts made by central banks to stimulate the economy by increasing the amount that can be borrowed for investment in projects that can benefit society in an economic sense.

Another reason is the growing size of private savings, he said.

“In all cases, it is important to be clear that the opportunity to make money by borrowing money should not tempt ordinary members of the public to throw themselves into investments using borrowed money,” the economist said.

“There’s no such thing as a ‘free lunch’ in the current financial climate,” he said.

READ ALSO: What you need to know when buying a home as a foreigner in Denmark