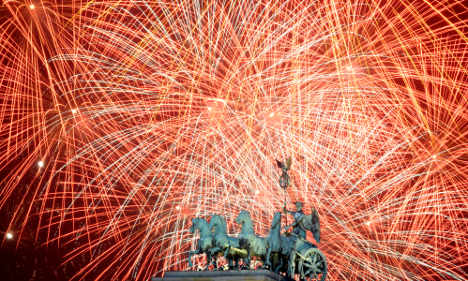 According to the federal Interior Ministry, each municipality sets the acceptable distance for lighting rockets and firecrackers in the vicinity to old folks’ homes, hospitals and similar facilities. Those not observing such fireworks-free zones could face fines up to €50,000.

The interior minister for the northeastern state of Mecklenburg-Western Pomerania, Lorenz Caffier, also warned on Monday against “mega-crackers” smuggled in from neighbouring countries like Poland.

“These types of pyrotechnics come with extremely high risks,” he said from the state capital Schwerin. “That’s why importing such fireworks is forbidden and punishable by law.”

Fireworks are legally available in Germany from December 29-31 each year. They must be purchased by someone over 18 and cannot be used beyond January 1. Germans spent a total of €113 million on fireworks last year.