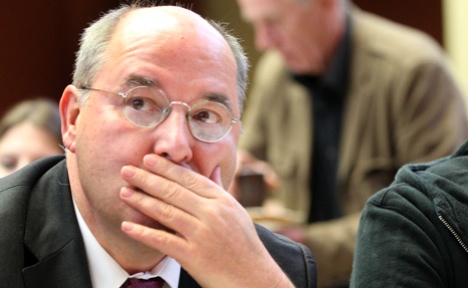 According to news magazine Der Spiegel, Gysi told Murphy that The Left party’s official policy on NATO – that it should be abolished and replaced by a new security alliance including Russia – was only a ruse to prevent a more dangerous policy – Germany’s withdrawal from the alliance – from gaining ground in the party.

Gysi was reportedly in “a sociable and chatty mood” when he made the claim, saying that The Left’s official policy was unrealistic anyway, as the dissolution of NATO would require the agreement of the US, France and Britain.

Moderates in The Left party now fear that Gysi’s loose talk might lead party extremists to renew calls for Germany to leave NATO.

Gysi himself said he cannot remember what was said during his conversation with Murphy, but suggested there may have been translation difficulties, since “the conversation was in German.”

But Gysi vehemently denied another accusation in the leaked cable: that he boasted he alone was responsible for The Left party’s recent success in Germany. “That is definitely wrong,” he said.