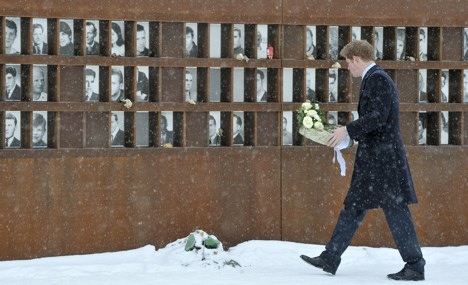 Only a few onlookers were on hand to watch Prince Harry and McDonald walked through the Brandenburg Gate from the western side early on Sunday morning.

The prince then visited the Berlin Wall memorial museum in Bernauer Straße in the Wedding district of Berlin. He laid a wreath to those killed attempting to escape East Germany between 1967 and 1989.

The visit follows Prince Harry’s appearance on the TV charity benefit gala Ein Herz für Kinder (A Heart for Children) on Saturday night. During the event, hosted by German tabloid newspaper Bild, the prince was handed the “Golden Heart” award for his charity work.

It was his first appearance on German TV.