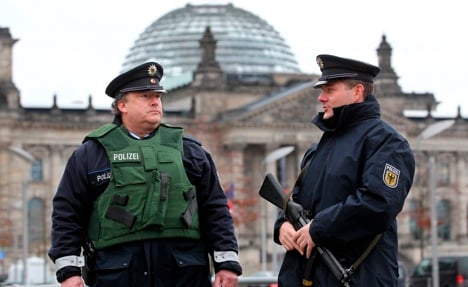 “At the moment all we have is black and white: either there is a terror warning or there is no terror warning,” Oppermann said in an interview with news agency DPAD. A gradation would be sensible, he said, because “the highest level wears itself out over time.”

“If nothing happens, then people don’t take the warning seriously,” the opposition politician added. “So we have to have the possibility of going down a level if the security situation justifies it.”

Germany has been on terror alert for four weeks since the threat of “Mumbai-style” attacks on targets in Berlin were made public. Interior Minister Thomas de Maizière recently told news weekly Der Spiegel that he saw no reason to announce an all-clear.

De Maizière added that polls showed that people feel safer since the terror alert was announced.

Oppermann said that de Maizière’s stance was understandable, and had no criticism of the minister in this regard. But he said only having two variations put the minister in a difficult situation, because he cannot dare take the terror-alert down if the situation is still unclear.

He added that a gradation would be useful to security services, as it would allow them to control their capacity and readiness more flexibly.

Oppermann criticized the government’s decision to cut 600 jobs in the federal police force, saying the police had prevented acts of terrorism through an increase in surveillance. “A lot is expected of the police,” he said.

Britain and the US both have five terror-alert levels, with the highest meaning that an imminent attack is expected. France has four levels, while Spain has three.