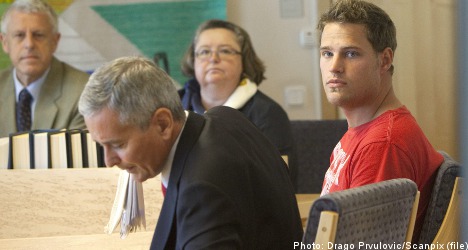 The killer, Joakim Ericsson, was on trial for murders of Sölve Svensson, 64, and Irene Saldert, 58, who were last seen alive at their home in Båstad in mid-January 2007.

According to the district court in Helsingborg, the killing of Svensson was an impulsive act preceded by laughs and shoves which escalated into a brawl at the Hovs Hallar nature reserve northwest of Båstad on Sweden’s southwestern coast.

In the killing of Svensson, the court found that no basis for assuming the killing was planned or that it resulting from a drawn out series of events. As a result, the court deemed the crime manslaughter.

However, the court stated that in the case of Saldert, there was more scope for Ericsson to have calmed down and considered his actions. In addition, the older woman did not pose a physical threat to him.

Evidence suggested that she was killed by several blows without having put up any major resistance. As a consequence, the court determined that to a certain extent, the crime was premeditated act and convicted Ericssson of murder in her death.

The trial marked the second time Ericsson has been on trial for charges related to the couple’s disappearance, having first been arrested in March 2007 on suspicion of fraud after he sold the couple’s car and took out large loans in Svensson’s name.

Prosecutors were granted a new trial after the couple’s mutilated and dismembered bodies were found in May 2008 in Häljasjön lake near Veberöd, 140 kilometres southwest of Hovs Hallar, in an area known to Ericsson.

The prosecution had requested for Ericsson to be sentenced to life in prison, citing the particular ruthlessness in his violent attacks on the elderly couple, who had no opportunity to defend themselves.

The defence charged that Ericsson was in a bubble and was not capable of assessing the consequences of his actions.

Ericsson’s defence lawyer, Lars Tindberg, has not yet had the opportunity to read the 64-page verdict, but is satisfied that his client has not received a life sentence.

“It feels good. It was what we called for, that he would receive a fixed term of imprisonment,” said Tindberg.

The district court ruled that the deaths failed to qualify as the “most serious cases of deliberate killing,” which Sweden’s Supreme Court has determined is a criterion for life sentences.

The highest fixed term of imprisonment that could be imposed when the offence was committed four years ago is 14 years in prison. Since Ericsson has already served one year in prison, the district court handed him a 13-year sentence.

“I have not gotten hold of my client, so I do not know how he feels. I cannot comment on a possible appeal until I have analysed the district court’s various assessments,” said Tindberg. 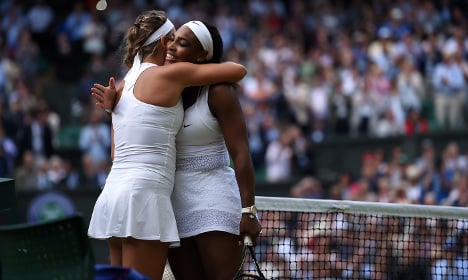 The 33-year-old tennis star had been set to play Klara Koukalova in the second round at Båstad in southern Sweden, having defeated Ysaline Bonaventure of Belgium 6-2, 6-1 in her opener on Wednesday at the claycout event she won in 2013.

“I was having some pain in my right elbow,” Williams said.

“I felt a little bit in my match [on Wednesday] and then it got better, but [on Thursday] morning I really couldn't hit serves, and if I'm not able to hit serves that could definitely be a problem.”

“So I talked to my coach about it and we were like, 'Let's see what the doctor says, and see what everyone else says, and go from there'. The main thing is that we don't want it to get worse, we obviously want it to heal.”

The coastal town of Båstad is best known for the tennis tournament, held each summer since 1948. The city has has the most tennis courts in the country and has fostered many internationally successful tennis players.

The town attracts some 20,000 visitors during this time, including Sweden's newest royal couple, Prince Carl Philip and Princess Sofia, who married in a lavish ceremony last month. The pair first laid eyes on each other on a night out in Båstad back in the summer of 2009.

And Williams did seem to enjoy her brief spell in the town, even posting a picture of herself enjoying the Swedish summer on the beach on social media.

Williams swept to a sixth Wimbledon title on Saturday, her 21st career major and her third in three Grand Slam events this year.

If she defends her US Open crown in September, she will become the first woman since Steffi Graf in 1988 to complete a calendar Grand Slam.

“I'm going to take some time off, I'm going to get some treatment, and I'm going to continue to do things for it. I'll do what's best for my body and continue from there,” Wiliams told www.wtatour.com.