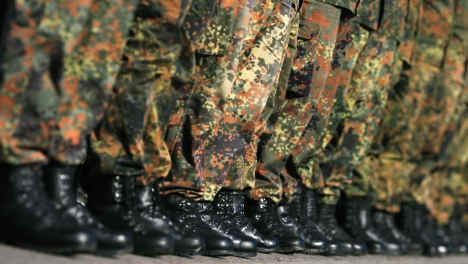 The Leipziger Volkszeitung newspaper said the draft law foresees a triple system of financial and other incentives, including drivers’ licenses, leisure-time perks and continued education opportunities.

Under the draft law, the final round of conscripts would be drafted on May 1, 2011. The government hopes the planned pay improvements will encourage most young recruits drafted shortly before the official end of compulsory service to stay on with the military.

On Thursday, leaders of Merkel’s coalition government agreed on troop reductions in the Bundeswehr, from 240,000 to 185,000 soldiers. Professional soldiers would account for most of that number, with 15,000 volunteers rounding out the ranks.

Yet members of the political opposition have criticised the government’s plans: The Social Democrats’ defence expert Rainer Arnold told German news agency DPA that he worried the reforms were being “poorly done,” with a little more than half a year left before the July 1 deadline.