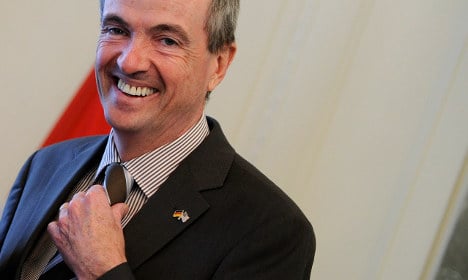 Amid demands for his sacking by members of Westerwelle’s Free Democratic Party (FDP), Murphy called the release of the documents featuring frank opinions about German leaders “embarrassing and deeply uncomfortable,” in an interview with glossy society magazine Bunte.

In cables from Berlin signed by Murphy, the most withering criticism is reserved for the foreign minister, who is branded incompetent, vain and critical of America. But Murphy insisted his relations with Westerwelle, who is leader of the once staunchly pro-American FDP and also Germany’s vice chancellor, had not suffered.

“He is a true friend,” Murphy is quoted as saying. “I have great respect for him. These comments are only snapshots and do not take the entire picture, the great German-American film, into account. Guido Westerwelle knows this.”

Murphy, a former Goldman Sachs executive and a major fundraiser for US President Barack Obama, has faced calls from deputies from Westerwelle’s Free Democrats for Washington to recall him.

Merkel’s spokesman said Friday that the government did not share these views, calling US-German ties “robust.”

But comments by FDP member Economy Minister Rainer Brüderle in which he compared the vast collection of US diplomatic cables with the practice of the despised East German Stasi secret police of keeping copious records on its citizens sparked a barrage of critical questions at a government briefing Wednesday.

“Some of what I read on WikiLeaks reminds me of the collecting mania that former institutions in the East, including the Stasi, had,” Brüderle told a conference Tuesday.

Meanwhile the FDP announced on Wednesday that Helmut Metzner, outed as Murphy’s source for some inside government information exposed in the diplomatic cables, would no longer work for the party.

Metzner had already been relieved from his post as Westerwelle’s chief of staff last week.