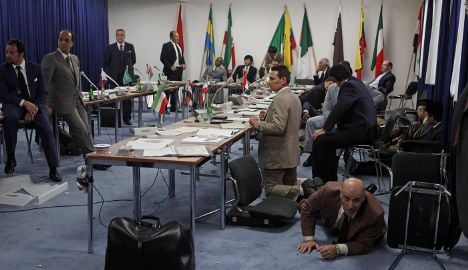 German investigators suspect Sonja Suder, 78, and Christian Gauger, 69, of having been members of the far-left Revolutionary Cells during the 1970s, and carrying out several attacks in German cities by means of explosives or arson.

France’s highest administrative court on Friday rejected a bid by the two, who are French residents, not to be extradited to Germany.

Yet their lawyer Irene Terrel said the extradition of the two elderly and ailing people would be tantamount to ill-treatment under article three of the European Convention on Human Rights.

Suder and Gauger, who went to France in 1978, are also suspected of taking part in the recruitment of a commando led by Carlos the Jackal, which took hostages at an OPEC summit in Vienna in 1975.

A Paris court authorised their extradition in February last year and their appeal against that decision was rejected the following month.

French Prime Minister Francois Fillon and the then justice minister agreed to Germany’s extradition request this July which prompted the pair to turn to the French administrative court.

A first German extradition request in 2001, the year after their arrest in France, had been rejected.

“We have a new convention now, which is being applied retroactively and which turns back to a case already judged,” said the lawyer. “In law, this is extremely shocking, a dual violation.”