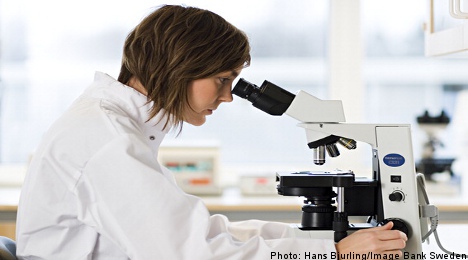 “Our survey gives a fascinating picture of how people look at innovations in different parts of the world. I am also pleased that the survey shows that public perceptions of innovation and creativity are strongly associated with science and medicine,” AstraZeneca CEO David Brennan said in a statement on Sunday.

Swedes believe IT and telecommunications will top the industries that will dominate future innovations, with 59 percent choosing the sectors over pharmaceuticals at 39 percent.

Separately, 19 percent of Swedes chose electricity and 17 percent antibiotics as the greatest innovations over the past hundred years.

Overall, all respondents in the six countries predicted China will become the world’s most innovative country by 2020. Second on the list is India, while the US and Japan are expected to move down to third and fourth respectively.

China and India boast strong optimism in terms of their abilities to develop through innovation, contrary to the perceptions of residents in western countries.

The study also shows a clear difference between east and west in its outlook on the major scientific advances and innovations of the last century. Residents of India, China and Japan believe that the greatest achievement of the 20th century is rapid global communication.

However, Brits and Swedes look more towards victories in the fight against serious diseases as the most important achievement. The first moon landing, shorter global travel times and the increased global average lifespan are regarded as far less important than those two feats.

The US is also regarded as the country where the highest level of support is given to innovative individuals and companies.

The internet, computers and electricity were viewed as the most important innovations in the last 100 years. However, respondents in the US, Britain and Sweden also put equal emphasis on the discovery of vaccines and antibiotics.

The rise of the internet was also seen as the innovation that had the biggest impact, with 29 percent choosing it overall, but dominating views from China and Japan, with 42 percent and 43 percent of respondents choosing it respectively.

The most innovative sector overall was considered IT and telecommunications, followed by pharmaceuticals and automotives.