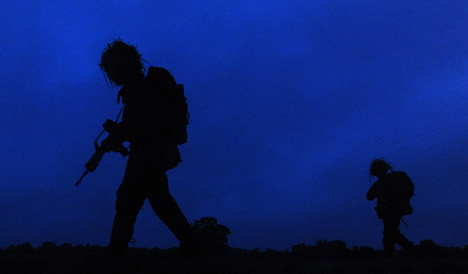 Chancellor Angela Merkel, flanking Guttenberg at a military event in Dresden, said that the restructuring could “be a symbol of the readiness to change and the need to change in our country.”

Germany is one of the few NATO countries to retain the draft, and it remains popular, with 51 percent of voters wanting it to continue, according to an opinion poll published in July.

Introduced after World War II, it was aimed at ensuring that the military never again became an elitist force with its own political power. The government plans to keep conscription in the constitution but to suspend it.

Merkel’s government is scheduled to formally approve the suspension in December, as part of government goal to cut public spending by about €80 billion by 2014.

Merkel also used the event in the east of the country to talk about reforms to the NATO military alliance agreed at a Lisbon summit, also attended by Russian President Dmitry Medvedev, at the weekend.