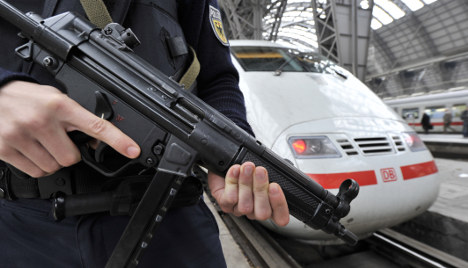 Following calls on Thursday for tougher security measures, including a possible revival of controversial data storage laws, Leutheusser-Schnarrenberger of the Free Democratic Party said new laws were neither necessary nor appropriate.

“I support the Interior Minister in his effort to deal with the changed security situation in a level-headed way,” she told daily Hamburger Abendblatt. “New security laws are not required.”

She went on to warn against “political exploitation of the current situation for unilateral security laws.”

Leutheusser-Schnarrenberger also took a dim view of calls to revive a controversial data storage law that compelled phone and internet service providers to keep records of private citizens’ calls and emails for six months. This law enacted in 2008 was overturned by the Constitutional Court earlier this year.

She added, however, that her office had prepared for “specific use of connection data” via the “Quick Freeze” system – which is an alternative to the more controversial permanent data storage.

With Quick Freeze, telecommunications data traffic can be temporarily “frozen” on the request of authorities, who can then get a court order to have the data “thawed” so they can use it for law enforcement. The system has already been successfully used in the United States.

The head of the Bundestag’s interior committee, Wolfgang Bosbach of the conservative Christian Democratic Union, rejected calls from within his own party for new data storage laws.

“This is not the hour for legislative action,” he said, but rather “the hour for the executive and the security authorities.”