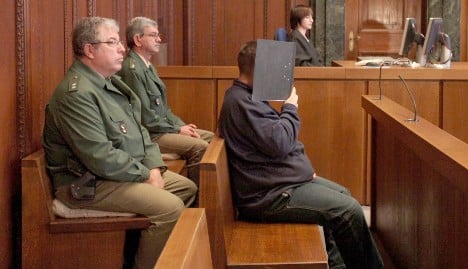 A court in Nuremberg sentenced the 30-year-old truck driver from the Thalmässing district of Bavaria for murder by neglect and abuse.

The court said the man, Patrick R., had gone along with his overbearing, dominant wife in allowing the couple’s daughter, Sarah, to starve because he was too weak to stand up to her.

He had fully understood that his daughter was dying and had taken care not to help her, the sentencing judge said. The judge added that the man could have saved Sarah by taking her to a doctor but had avoided doing so, the judge said.

“This case has barely left anyone unaffected,” the judge said. Sarah’s suffering had been “deeply shocking and moving.”

“What kind of parents are these, who let their child starve in front of their eyes?” he asked.

Sarah died of cardiopulmonary failure in a Nuremberg hospital on August 10, 2009. She was by then emaciated and dehydrated to the point of being skeletal.

The trial of the mother, who is seriously ill from cancer, has been put on hold.

Sarah’s slow death began at the time of her mother’s dramatic weight loss in April 2009. The mother, who had weighed 120 kilograms, lost 50 kilograms within four months – partly by her choice but also partly because she had cancer, though she didn’t know that at the time.

She gave up looking after her daughter around this time. By Sarah’s third birthday in May 2009, she was showing clear signs of malnutrition. Sarah’s father had also been aware of this. Rather than looking after the girl himself when he was home from work as a truck driver, Patrick R. had gone along with his wife and helped hide Sarah at home.

“The reason for this behaviour, in our view, was fear,” the judge said. The woman, who already had two children from her first marriage, had worried someone would report Sarah’s malnutrition to authorities.

So the couple hid the girl in their room and deflected questions from friends and relatives.

The judge stressed that the mother had clearly been the instigator of the girl’s neglect. She had made the decision to let Sarah starve in order to cover up her earlier neglect. It had also been her idea to hide the girl.

But Patrick R. had helped her. And in the end, his daughter had had no meaning for him, the judge said.