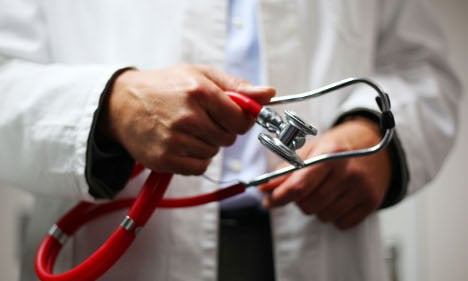 Under the changes, the rate of health insurance contributions – which are split between employees and their employers – will rise from 14.9 percent of the worker’s wages to 15.5 percent, starting in January.

The worker’s share will rise from 7.9 percent to 8.2 percent and the employer’s share from 7 percent to a fixed 7.3 percent.

In total, that hike will bring in an extra €6 billion per year.

The country’s some 70 million publicly insured will also be faced with other increases, because statutory health insurers – who insure nine out of 10 Germans – will also be allowed to charge “additional payments,” called Zusatzbeitrage. These will be flat fees per insured but the needy can qualify for subsidies to offset them.

Health Minister Philipp Rösler, a member of the pro-market Free Democrats, defended the reforms against heated criticism from the opposition, which called the changes a socially unjust step towards completely privatised healthcare.

But Rösler said the extra burden is spread evenly and will help cover an expected €9-billion deficit in the system, with low-income earners protected by government funding.

“That is not less, but more solidarity,” he said. “The only group that we are not burdening are those who are actually sick.”

Paying for the rising cost of healthcare with the “additional payments” would insure that non-wage labour costs don’t increase, he said.

“That is our contribution to growth and employment,” Rösler explained.

But unions and social organisations also criticised the healthcare reform.

“It is the height of injustice that the 70 million insured now have to pay for all cost increases themselves,” she said.