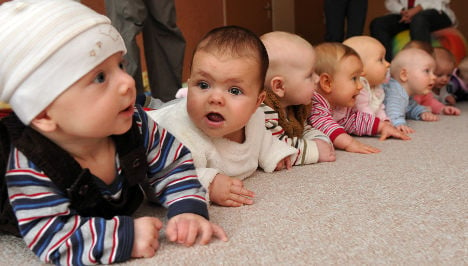 There were 665,126 babies born in Germany last year, by far the lowest since records began in 1946, Germany’s statistics office said. Twice as many babies were born in 1964, at the height of the baby boom.

Germany’s population of just over 80 million is shrinking rapidly, figures show. Last year, statistics showed it could be home to as many as 17 million fewer people in 50 years time.

Like other advanced economies, Germany is facing a snowballing population crisis, leaving the country short of workers and adding to the strain on already stretched public coffers.

Chancellor Angela Merkel, who is childless, has introduced a raft of measures aimed at boosting the birth rate, including generous parental leave allowances and increasing the number of kindergarten place.