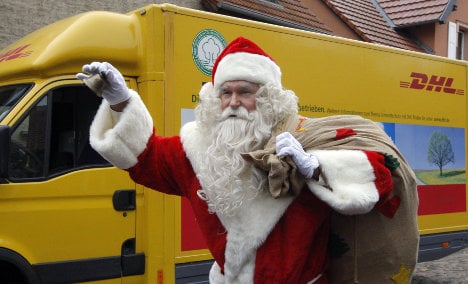 Each year the jolly old man known as the Weihnachtsmann in Germany personally answers all of the letters he receives from around the world.

Last year the post office in the eastern German state welcomed some 280,000 letters from 80 countries, a Deutsche Post spokesman said.

Thousands of letters for Santa have already arrived, even though the seasonal location will first open on Thursday, the spokesman added.

Depending on where the letters are from, Santa Claus and his 20 helpers will respond in one of 17 languages, including Russian, Italian, Polish, Spanish, English, and Chinese.

The office in the German state of Brandenburg is the one of seven locations in the country that receives letters to Father Christmas, but the only holiday post office in the formerly communist eastern states.

Letters to the Weihnachtsmann can be addressed to: