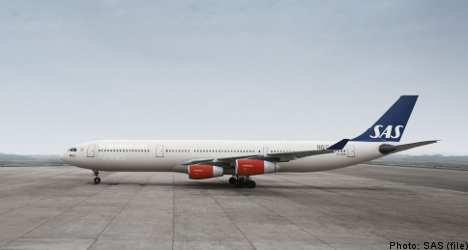 From July to September, SAS posted a net loss of 1.05 billion kronor ($155.5 million) compared with a profit of 152 million kronor for the same period a year earlier, the company announced in a statement on Wednesday.

Following the news, the airline saw its stock shed 6.02 percent to 24.80 kronor a share in afternoon trading on a Stockholm stock exchange down 0.31 percent.

Acting CEO John Dueholm stressed that SAS had seen “sharp improvement in underlying earnings,” but that its results had been “negatively affected by substantial non-recurring items in the period.”

to fine it and 10 other airlines for creating a global cargo cartel.

The 11 cargo carriers were found guilty of coordinating their action on surcharges for fuel and security without discounts over a six-year period on cargo flights to and within the European Economic Area.

At an operational level, SAS swung to a 488 million kronor loss from a profit of 259 million a year earlier. The airline, which is 50-percent owned by the Swedish, Danish and Norwegian government, saw its sales slide 3 percent to 10.7 billion kronor

during the three-month period.

However, it stressed that the situation in the hard-hit airline industry was improving.

“The recovery in the airline industry is continuing and this is particularly evident in the growth reported in intercontinental travel and the general trend in business travel,” the company said, adding “the positive market trend is expected to continue.”

In the second quarter, SAS had seen its results dragged down by the flight chaos caused by a cloud of volcanic ash from Iceland in April and May.

SAS, which has been hard-hit by the rise of low-cost airline Norwegian and by plunging passenger traffic numbers in the wake of the global economic crisis, launched a major restructuring plan, Core SAS, last year aimed at saving nearly eight billion kronor, entailing more than 5,000 layoffs.

Mats Jansson, the CEO who spearheaded the restructuring plan, stepped down on October 1st and will be replaced by Rickard Gustafson no later than March. In the meantime, vice chair Dueholm is filling in as acting CEO. 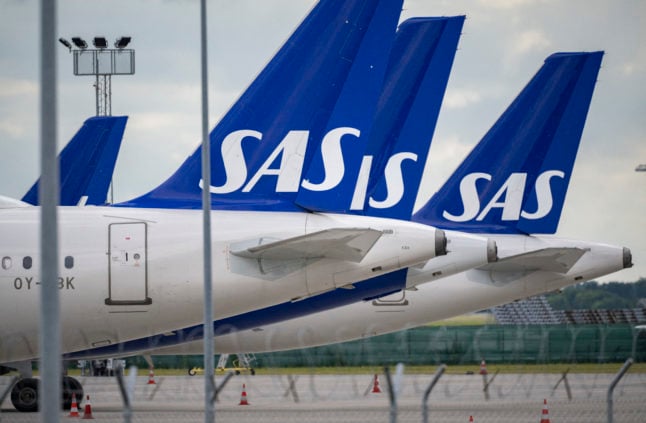