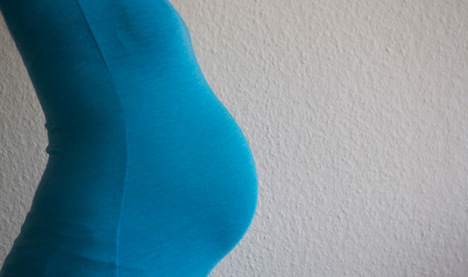 At 36 weeks, my body is gearing up for what pregnant women see as the end, but every mother knows is really a beginning. While I don’t know when Baby Devins will decide to join us, my husband and I have at least decided where to deliver.

In Germany there are three options: hospitals, birthing houses, or at-home births.

Because we know this is one part of life that rarely goes according to schedule, we have opted not to write up a birth plan outlining our expectations for the management of the delivery. But by choosing deliver in a hospital, we feel we’ll be ready for anything.

Obviously choosing where to deliver is a very personal choice, but hopefully my research of each option will help other mothers-to-be make their own decision.

Similar to my midwife search strategy, I got a plethora of literature about where to deliver in Berlin. It included hospital and birthing house locations, whether they employ Beleghebammen, or attending midwives, and when they host information evenings for expecting parents.

The information sessions at hospitals are typically hosted by staff midwives and doctors. Some offer a chance to tour their delivery wards, but this is rare as they are usually already occupied. Instead visitors can view photos or videos while doctors and midwives speak about their roles. Some hospitals also have a paediatrician outline their facility’s neo-natal capabilities.

While delivery rooms are almost all equipped with the traditional hospital bed, many also have an alternative available to aid in more comfortable labour. I’ve seen delivery rooms with big jacuzzi tubs for water births, a king-sized bed allowing dads to take an active role in the delivery, birthing stools and chairs, and a curious round bed that supports a host of delivery positions.

Perhaps the most important options provided by hospitals are their full range of surgical capabilities and pain medication, which is limited during in-home or birthing house deliveries. While I don’t plan on getting an epidural (Peridural Anästhesie (PDA)) or a Caesarean section, I know that things can change quickly, and hospitals are the only places that have surgeons and anaesthesiologists on staff to perform these procedures.

If we face a worst-case scenario and our little one needs immediate medical attention, the hospital we’ve chosen has a NICU centre. And if my husband chooses to stay in the hospital with me, we can also rent a “family room” for a nightly fee not covered by our insurance, typically around €80, so we can be close to our recovering baby, providing another family hasn’t already booked it.

But I have been repeatedly reassured that the majority of babies are born perfectly healthy and that women were made for this. If this holds true for me, the hospital also offers the option of an outpatient birth, or Ambulante Geburt, which would see us released from the hospital hours after we deliver. Anyone interested in this option must insure their midwife can visit the same day and have a paediatrician that does house calls for a check-up when the baby is two-days-old.

If the unexpected were to happen and I required a Caesarean section, or Kaiserschnitt, I certainly couldn’t have outpatient birth and would be looking at a five-day hospital stay. The C-section rate in Germany isn’t quite as high as that of the US, but nearly 30 percent of babies nationally are born via the surgery.

I can choose any hospital in Berlin, but have picked one that’s close to home. I’ll be able to waddle to the hospital if I feel so inclined. Ideally I will not, however, be taking an ambulance, because they are required to take patients to the closest hospital, rather than the facility of their choosing.

There are some disadvantages to giving birth in a hospital, though. The clinical environment is less intimate than the other options, and I’m more likely to be hooked up to a heart-rate monitor and an IV administering the contraction-inducing Pitocin. But those are things I’m willing to accept in exchange for the knowledge that I’ll be ready for anything.

Home away from home

If I didn’t want a hospital birth, I could have just as easily choose a birth house, or Geburtshaus, for a “home away from home” setting. For many people, a birth house is a compromise between a home birth and hospital.

These facilities offer a more intimate and private environment for the delivering mother. The births are attended by a midwife and the delivery rooms are cosily furnished for a homey feel, with a few extra tools to help with delivery. As with some hospital rooms, birthing houses are often also equipped with big tubs for delivery, or just helping women relax during the process. Mothers can also choose birth stools, various positions in bed and using other specialised equipment to help them deliver as comfortably as possible.

Birthing houses intend for women there to have natural births, so they are less likely to administer Pitocin and they don’t do epidurals. There is also no option to overnight at a birth house. Women who deliver at birth houses do so only on an outpatient basis. In a worst-case scenario, a mother experiencing a difficult delivery would also have to be transferred mid-labour to a hospital. If this is done by ambulance, the mother usually doesn’t have the option to choose which one.

All the comforts of home

Home births are also an option in Germany and, like hospital and birth-house deliveries, are covered by medical insurance. For Karis Tressel, a home birth with a midwife was what she felt was best for her and her baby.

“Home is where I felt safest,” she said of her experience delivering Benjamin.

Her background as a student of naturopathic medicine and midwifery made home birth the natural choice for her, she said.

Tressel had a midwife from a birth house attend her birth, which also gave her the option of going to the birth house if she changed her mind during labour. In the end, her son’s speedy arrival didn’t give her much chance to make the choice and she is happy she delivered at home with just her husband and midwife in attendance.

Not all midwives attend home births, so it may take some time to find one. Mothers who want a home birth can also find a midwife practise or birth house that has the insurance to deliver in-home, as Tressel did.

Women who plan on a home birth will have to do a little more preparation, as they’ll be expected to have all non-medical supplies on hand. Most midwives have their own foetal heart rate monitors and basic medical kits containing clamps for the umbilical cord and stitches, but they will expect parents to gather a checklist of other supplies.

Tressel says her favourite part of Benjamin’s birth story was shortly after he arrived. After the midwife left, she and her husband spent the day in bed with their new son.

“I couldn’t imagine having to get into a car and then coming home right after giving birth,” she said.

But not all women have the option of choosing a birth house or home birth. In cases of multiple births, women must go to hospitals. Most birth houses won’t deliver babies lying in the breech position or treat women who have suffered complications in their pregnancy such as pre-eclampsia and gestational diabetes. Some also won’t accept women who are older than 40, while women delivering before their 37th week of pregnancy are also sent to hospitals.

As a German-speaker, I can go to the hospital of my choice without the fear that I won’t understand when I’m told to push. But if having a professional who speaks your native language is an issue, you’ll need to find a midwife with these skills to be at your side.

Register for your chosen birth location ahead of time is key to avoiding doing paperwork between contractions. Registering early also means a chance to tour the facility and ask any lingering questions you might have, such as what you can expect in the first moments after your baby is born.

As with every doctor or midwife visit, registration requires an insurance card and the Mutterpass, or mother’s pass, the take-home medical file that all women receive when their pregnancy is confirmed by their doctor or midwife. The most important document of your pregnancy, it contains basic stats, including blood type, vaccinations and other test results. The time frame for hospital and birthing house registration varies from city to city, so it’s best to ask your midwife or doctor.

And now with my registration completed, the waiting begins… 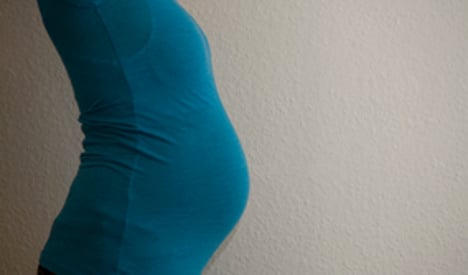 MOTHERHOOD IN THE FATHERLAND
The midwife: Your best friend in natal care 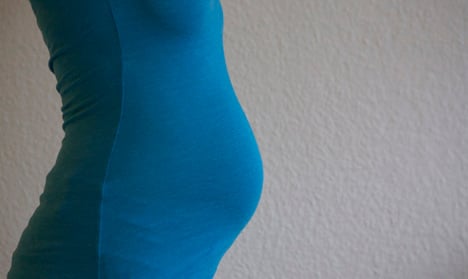