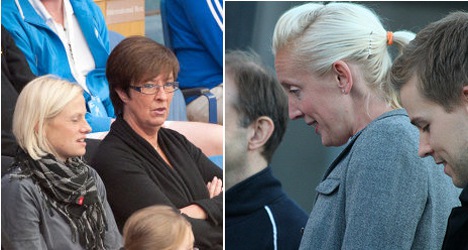 “I am surprised at their position,” said Professor Claes Sandgren, chair of the Swedish Institute Against Bribes (Institute Mot Mutor – IMM), to the TT news agency.

There has been considerable focus over the past week on the issue of what politicians can and can not accept in the form of gifts, following revelations that Moderate Party secretary Sofia Arkelsten had accepted paid trips and Social Democrat leader Mona Sahlin had received complimentary tickets to the Stockholm Open tennis tournament.

In response to the attention, experts have called for universal regulations to clarify the issue.

A telephone survey of group leaders shows that the parties are not interested in a set of fixed universal regulations.

“I am not always sure that you can formulate the perfect draft which can foresee every situation. On the other hand we risk that the limits are set so strictly that we shut out contacts and possibilities to learn and understand the world around us,” Prime Minister Fredrik Reinfeldt told Sveriges Radio’s Ekot news programme.

However, Left Party parliamentary group leader Hans Linde is open to the development of a universal policy and Sandgren agreed that while not perfect, clearer universal regulations could provide more clarity.

“Universal guidelines can never be exhaustive and very accurate, but they go some way,” he said.