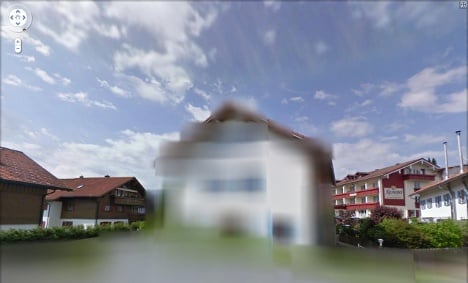 The hamlet of Parum, population 70, has come together to sign a petition addressed to Federal Data Protection Officer Peter Schaar to get the village wiped off the Street View map, due to be rolled out by the end of the year.

If this does not work, all 25 households intend to apply individually to Google to have their houses pixellated, a special concession the US Internet giant made in Germany, sensitive to privacy issues for historical reasons.

Street View, which allows users to “walk” through towns and cities using photos taken by specially equipped vehicles, is already online in around 20 countries but ran into fevered opposition in Germany.

As a special concession to these concerns, Google allowed people to “opt out” of the service, promising to pixellate their house. The firm announced on October 21 that nearly a quarter of a million Germans had done this.

Although Germans are avid users of Street View images from other countries, the planned roll-out here caused alarm in a country especially sensitive to privacy concerns due to the gross abuses under the Nazi and communist regimes.

On Tuesday, Google launched its disputed Street View service in the small town of Oberstaufen in Bavaria, southern Germany.

Delighted their tourist-dependent town was the first in Germany to be visible on the navigation service, the townsfolk even baked a brightly coloured cake proclaiming “Welcome Google.”

Google plans to roll out the service for Germany’s 20 largest cities later this year, including Berlin, Frankfurt, Munich and Hamburg.