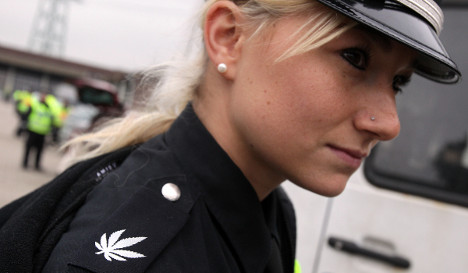 The authorities in Germany have long been known for their tolerant approach towards the appearance of the police – frequently allowing officers to have pierced ears, ponytails and scruffy stubble.

But the unmistakable marijuana leaf badges and insignia could make some drivers wonder if they’ve taken a toke themselves.

Click here for a photo gallery of the pot cops.

Though possession of small amounts of marijuana has essentially been decriminalized in Germany, driving while high still carries stiff penalties.