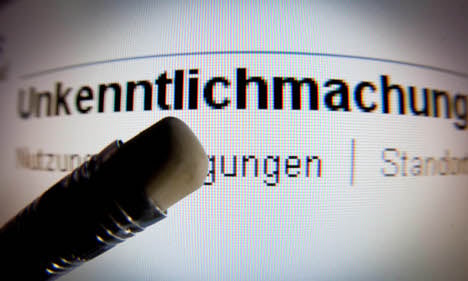 Google spokesperson Kai Oberbeck confirmed the number of requests to have images of private homes or businesses removed from the internet program with daily Die Welt.

“That is less than three percent of all households,” Oberbeck told the paper. “We are very happy that some polls did not prove to be true.”

Some national surveys reportedly predicted that the number of people taking advantage of the opt-out programme could reach up to 50 percent of German households.

Google did not analyse the number of requests based on region, but all of the valid forms came from the 20 cities launching the German version of the service this year.

Each request was handled personally by one of 200 employees hired by Google especially for the scheme.

The deadline was at midnight on October 15.

Renters and owners who don’t want their buildings posted on the internet for the world to see were allowed to use normal post or an online form to register their objections. Those living outside the 20 cities launching the German version of the service can still register an objection after the deadline.

Following intense criticism from data protection advocates and politicians, Google extended the opt-out programme to eight weeks in August, pledging to blur out the details of buildings flagged by those objecting.

Street View offers street-level pictures of the facades of residences and businesses, allowing users to take a virtual walk through a city without actually being there. The sequential images are taken by cameras mounted on cars that drive around the city.

The company has already used car-mounted cameras to collect the panoramic images for the service in 23 other countries. But in Germany, resistance to Street View has been profound.