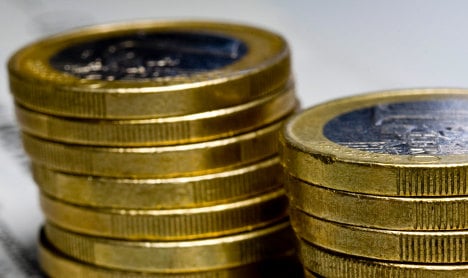 “We are confident that we will reach three percent (of gross domestic product (GDP)) next year,” spokesman Steffen Seibert told a regular government briefing. “Our efforts have paid off.”

The deficit – the gap between public spending and revenues – is expected to be around 4.5 percent of GDP this year, the spokesman added, thanks to a strong economic recovery in Europe’s biggest economy.

German Chancellor Angela Merkel’s government, in common with others in Europe, has launched an austerity drive aimed at cutting government expenditure by tens of billions of euros.

Her government has passed a constitutional amendment requiring requiring an approximately balanced budget by 2016.

Other countries among the 16 nations using the euro single currency are faring less well, and are struggling to patch up their tattered public finances after being buffeted by the global downturn in 2009.

Spain and France, for example, have both forecast a deficit of six percent of GDP in 2011 and Italy 3.9 percent, according to their governments.

Merkel has been strident in her demands for harsher penalties for fiscal sinners after Greece came close to defaulting on its debts earlier this year and wrecking the eurozone.

Germany’s six leading economic institutes this week more than doubled their forecast for growth this year to 3.5 percent, the strongest expansion since European Union records began, according to EU statistics.

This followed, however, a 4.7-percent decline in output in 2009, Germany’s sharpest drop since World War II, as demand for its all-important exports fell around the world.

Merkel’s centre-right government currently forecasts 1.4 percent growth this year, but ministers have indicated that the projection will be raised when fresh estimates are released on October 21.

Government programmes helped keep a lid on unemployment, and the institutes predicted in their twice-yearly report that the number of jobless would fall below three million next year for the first time since 1992.

But Germany has been accused of relying too heavily on exports and not doing enough to boost domestic demand, dampening demand for goods made by firms abroad and contributing to global imbalances with its trade surplus.