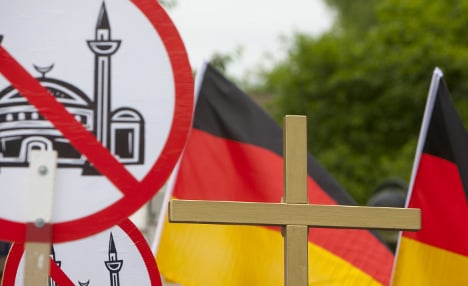 Pedants never tire of pointing out that the term anti-Semitism should not solely apply to prejudice against Jews, but also other Semitic peoples like the Arabs.

For once, I’m for backing such Semitic semantics in light of the increasingly acrid debate about the integration of Arab and Turkish immigrants in Germany. In recent weeks, it’s become rather apparent that bigotry towards Muslims is Europe’s new anti-Semitism.

Last weekend, Horst Seehofer, the conservative state premier of Bavaria, sparked outrage by calling for an end to immigration from Islamic countries. Many German observers chalked up his comments as a ham-fisted attempt to bolster support for his Christian Social Union party by pandering to crass xenophobia.

But Seehofer’s remarks followed several of Chancellor Angela Merkel’s conservatives expressing unease over German President Christian Wulff’s recent statement that Islam was as much a part of German society as Christianity and Judaism. One Bavarian politician even said there could be no religious equality for Islam in Germany.

Of course, anyone who thinks Muslim influence on European culture was rolled back with the Turks at the gates of Vienna in 1683 should try living without the benefits of algebra for a day.

But the contentious national discussion started over the summer by the centre-left Social Democrat Thilo Sarrazin – who claimed in an inflammatory book that Muslim immigrants would be Germany’s downfall – should not be dismissed lightly as harmless populism by insecure politicians.

Just as the statistic-loving former Bundesbank board member Sarrazin wrongly reduced entire groups of people to numbers, Seehofer has maligned individual Turks and Arabs by damning them collectively.

And such publicly professed prejudice has consequences.

Two studies published this week showed German youths held widespread biases against Turks and that xenophobia in Germany was spreading.

Tragically it took something as horrific as the Holocaust to ensure Jews equal treatment in Western democracies like Britain and the United States, where anti-Jewish attitudes were rife prior to World War II. No-one should forget that it was only the incomparable crimes of Nazi Germany committed against Europe’s Jewry that made it no longer socially acceptable to express anti-Semitic sentiments openly.

But unlike many nations, Germans have unflinchingly confronted the darker parts of their past in order to learn from it. Accordingly, Germany must now not allow an entire group of people be discriminated against because of their religion or heritage.

Many German conservatives have recently mentioned the country’s “Christian-Judeo” traditions – something that would normally be expressed in English as being Judeo-Christian. But it’s not just the chronological order of the three monotheistic faiths Judaism, Christianity and Islam that makes it easy to include the Jews while excluding Muslims.

It’s also the Holocaust. People who these days deny the huge cultural contribution of Jews to German society are beyond the pale – and rightfully so. But it doesn’t take a huge stretch of the imagination to apply the ugly rhetoric currently being directed towards Muslims to Germany’s Jewish population before the war.

Let me be painfully clear here – I am in no way equating the persecution Jews suffered at the hands of the Nazis with the anti-Muslim sentiment now simmering in modern, democratic Germany.

However, just as it was once acceptable to badmouth Jews and scapegoat them for society’s ills – in Germany as well as Western democracies like America and Britain – millions of law-abiding, well-integrated Muslims are now being targeted unfairly.

It would be easy to say this new anti-Semitism started on September 12, 2001, but Europe’s immigration issues have little to do with overblown fearmongering about Osama bin Laden’s “Islamofascists” plotting world domination. Germany’s Muslim integration problems are of a longer festering sort caused first and foremost by the country’s denial for decades that immigrants from Turkey and elsewhere were here to stay.

There is no point disputing that Arabs and Turks could be better integrated in German society, but labelling them all as unwanted troublemakers simply because of their faith contravenes the core tenets of liberal Western democracy.

No matter your race, creed or colour, if you adhere to the principles of the constitution – the Basic Law in Germany’s case – you should be welcome. Anything else is bigotry, plain and simple.

The Local – set up by two British expats in Sweden – is by nature pro-immigrant. We write for exchange students and engineers from Indonesia and Morocco as much as bankers and au pairs from America and Australia.