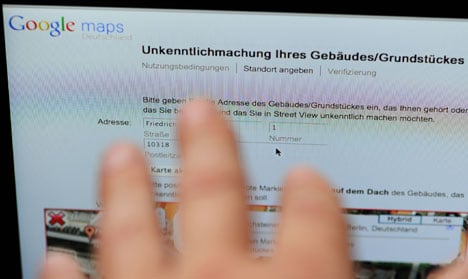 Renters and owners who don’t want their buildings posted on the internet for the world to see can use the normal post or an online form to register their objections, Google spokeswoman Lena Wagner said. Those living outside the 20 cities launching the German version of the service can still register an objection after the deadline, she added.

Following intense criticism from data protection advocates and politicians, Google extended the opt-out programme to eight weeks in August, pledging to blur out the details of buildings flagged by those objecting.

Street View offers street-level pictures of the facades of residences and businesses, allowing users to take a virtual walk through a city without actually being there. The sequential images are taken by cameras mounted on cars that drive around the city.

The company has already used car-mounted cameras to collect the panoramic images for the service in 23 other countries. But in Germany, resistance to Street View has been profound.

On Wednesday, Consumer Affairs Minister Ilse Aigner renewed her call for stronger laws about geotagging services such as Street View.

“We agree that we must draw a line that cannot be crossed when it comes to the use and storage of geo-data,” she told daily Berliner Zeitung.

Media reports said last month that already hundreds of thousands of Germans had already opted out of Street View, but Google said it has no concrete figures yet.