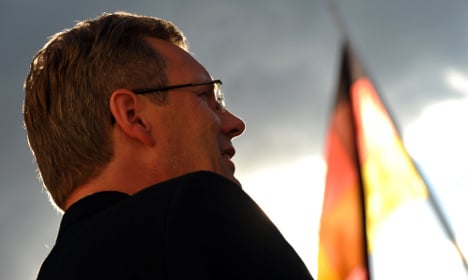 Wulff riled his fellow Christian Democrats by saying Islam had become an important part of German society in a speech commemorating the 20th anniversary of German reunification on Sunday.

While several Christian Democrats and their Bavarian Christian Social Union (CSU) allies grudgingly admitted Muslims had earned a place in Germany, they bristled at the idea they were changing the core social fabric of the country.

“The speech was easily misunderstood,” CSU politician Norbert Geis told Bild on Tuesday. “If the president wanted to equate Islam in Germany with Christianity and Judaism, then I’d consider that wrong.”

Christian Democrat Wolfgang Bosbach, the head of parliament’s interior affairs committee, also said Islam could not expect to be put on the same level as the faiths based solely on the New and Old Testament.

“Islam has certainly become part of the reality of daily life in Germany, but we belong to a Christian-Judeo tradition,” he said.

In his first major speech on Sunday since taking office in July, Wulff extended the hand of friendship to Muslims, saying the challenge of integrating them into society was comparable to reunifying the country after the Cold War.

His comments were welcomed by leading German Muslim groups as an important sign that they were not second-class citizens in Germany.

But out of 1,008 Germans surveyed by YouGov for a poll published on Tuesday, a whopping 66 percent disagreed with their president’s views on Islam. Only 24 percent of those surveyed believed Muslims were as much a part of the country as much as Christians and Jews.

And the Bavarian Social Affairs Minister Christine Haderthauer made clear in an interview with daily Leipziger Volkszeitung that she also did not agree with Wulff’s assessment.

“Such remarks can be misunderstood,” she told the paper. “Religious freedom must not become religious equality.”

Haderthauer’s party the CSU is a fierce proponent of keeping crucifixes in public schoolroom classrooms in staunchly Catholic Bavaria.