In 2008, the value of foreign portfolio investments held by Swedes plummeted 18 percent, Statistics Sweden revealed in a report published on Tuesday.

The upturn in foreign holdings by Swedes is mainly due to the increased value of equities and mutual funds. Swedish holdings in equities and funds rose 31 percent last year due to the turnaround in stock markets around the world.

Consequently, Swedish holdings of debt securities decreased slightly partly due to the strengthening of the krona. As in previous years, investments from the the US, Luxembourg and the UK remained the most popular with Swedish investors.

Investments increased the most in Luxembourg at 36 percent. The main reason behind the increased percentage of holdings is a rise in the number of foreign mutual funds that are registered in the country.

Other financial institutions, mainly insurance and fund companies, were once again the largest holders of foreign portfolio investments. Equities and mutual funds dominate the sector. By contrast, debt securities are mainly held by banks and housing finance institutions.

In 2009, investments in money market instruments issued by foreign governments increased. At the end of 2009, Swedish holdings in these securities amounted to 21 billion kronor. In 2008, the corresponding amount was 9 billion kronor.

Banks and housing finance institutions are the largest holders, with their holdings amounting to 67 percent. 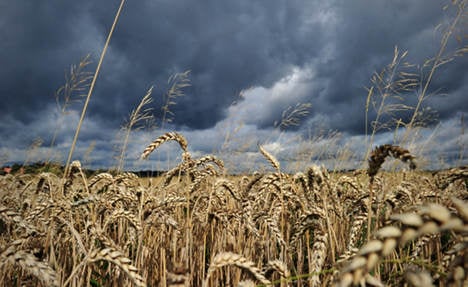 Announced in a letter from DZ board chairman Lars Hilla to consumer watchdog group Foodwatch, the bank said that it would no longer be predicting the prices of, for example, corn, soy or wheat – known as commodity speculation.

Commerzbank and Sparkasse’s Dekabank stopped doing so recently, and critics have long been calling for other banks to follow suit.

Foodwatch and Oxfam have both blamed commodity trading for pushing up food prices and exacerbating famine in poorer countries, Reuters news agency reported. Those in favour say that it helps secure prices.

The move was welcomed by the country’s agriculture minister Ilse Aigner, who has in the past expressed concern that investing in food pushes up prices. “The decision is welcome and sets a clear signal,” a spokesman from her ministry told Der Spiegel magazine.

There must be, he said, a clear division between “responsible investments that help in the fight against hunger, and transactions that can intensify price fluctuations.”

Aigner’s criticism could, Der Spiegel said, be directed at Deutsche Bank, as Germany’s largest private bank has refused to drop commodity speculation, saying there was no proof that it pushed up food prices.

Deutsche Bank’s joint-CEO Jürgen Fitschen even said in January that it did the opposite, helping to end hunger by intelligently steering capital into the the commodities area.

There must be, he said, a clear division between “responsible investments that help in the fight against hunger, and transactions that can intensify price fluctuations.”