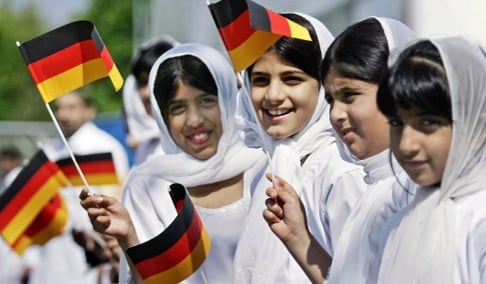 The remarks, in a landmark speech marking twenty years since reunification, “was a sign that Muslims are not second-class citizens,” Aiman Mazyek, head of the central council of Muslims in Germany, told the popular daily Bild.

“Wulff made clear that different ways of life and diversity are welcome. I think that this speech will send a jolt through the Muslim community, which numbers around four million in Germany,” he added.

In his first major speech on Sunday since taking office in July, Wulff extended the hand of friendship to Muslims, saying the challenge of integrating them into society was comparable to reunifying the country after the Cold War.

The integration of Muslims has rarely been out of the headlines since August when Thilo Sarrazin, a member of Germany’s central bank at the time, sparked outrage by saying the country was being made “more stupid” by poorly educated and unproductive Muslim immigrants.

Sarrazin has since resigned but his book on the subject, “Deutschland schafft sich ab” (Germany abolishes itself) has flown off the shelves.

A recent poll showed that 55 percent of Germans thought Muslims cost considerably more socially and financially than they produce economically.