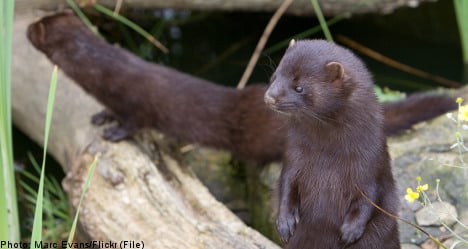 These minks are not related to those mentioned in the story

The fleeing minks were spotted by a passing motorist as they ran in front of his car at 3.15am on Monday. The car driver realised what had happened and alerted the police.

“No one has left any message after them nor taken responsibility so we don’t have much to go on,” Kellerth said.

Kellerth said that the minks have little chance of surviving in the wild but that they could cause problems and injuries to other animals.

“We have opened a case into animal cruelty and criminal damage,” he said.

“There were demonstrations against their breeding outside of the farm in the summer but I don’t know of it being subjected to any previous attack.”