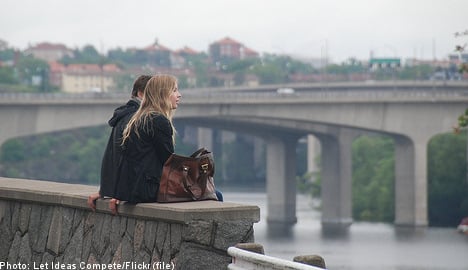 Fifty-four percent of Swedes aged 18 to 21 continue to live at home, up from 45 percent three years ago, according to a Nordea survey of 1,000 young people in the age group.

Among those aged 18 to 29, the percentage has also grown to 25 percent from 20 percent in the corresponding time period. At the same time, the survey shows that an increasing number of young people are neither working nor studying, with the figure now standing at 13 percent compared with 10 percent in 2007.

The survey also shows that half of the young people living at home do not contribute financially to household expenses. However, nearly all of the respondents would be prepared to pay for living at home.

“Young people do not bring up the question voluntarily and parents are too cautious to raise the issue,” said Nordea private economist Ingela Gabrielsson, who thinks that parents should do better about asking their children to cover part of their living expenses.

Relatively few young people receive an allowance and they are saving more.

“There are many positive signs from this,” said Gabrielsson.

Those aged 18 to 21 will continue to experience challenging financial circumstances in the years to come despite having reason to be confident about the future, according to the economic forecasts contained in the Nordea report.

“Eighteen to 21-year-olds have it pretty tough, but for those slightly older, it is a pretty rosy picture,” said Gabrielsson.