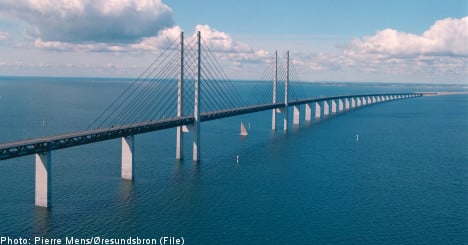 The 29 Romanian and one German citizen were arrested in a raid on a Stockholm apartment on February 18th. They were deported by bus soon after, and according to the report to JO filed by a law student, police procedure may not have been adhered to.

“I have gone through the other reports regarding those deported and have become quite convinced that the police involved in the operation are guilty of offences beyond mere misconduct,” wrote the student, who submitted the report on behalf of Amnesty’s legal group in Uppsala.

The reported alleges that 20 of the people found in the apartment were detained without having prior expulsion orders and according to the report 13 of these people were deported a couple of hours later.

The report includes no information on whether expulsion orders were arranged after the raid nor what became of the remaining seven people.

Those who were not deported were ordered to leave the apartment and the commanding police officer retained the keys to the dwelling, which he later handed over to the landlord stating that there was “vermin” in the apartment, according to the police report over the incident which the student has examined in the course of his studies.

It is also alleged that the 30 people were not given any chance to appeal their deportation. Nor were they given a waiver to sign relinquishing their right to appeal.

Many if the decisions were motivated due to “begging” which is not illegal in Sweden. The report argued that the police have mixed up “supporting himself or herself by dishonest means”, which is grounds for expulsion according to the Swedish Aliens Act, with “simply being poor”.

Several of the deported are argued to be street musicians and according to a recent pronouncement from the Migration Board (Migrationsverket), busking is not grounds for expulsion.

Furthermore it is argued that expulsion usually involves the repatriation of citizens to their home countries but in this case the 29 Romanians and one German citizen, all of Roma origin, were deposited at the Öresund Bridge on the border between Sweden and Denmark.

The law student requested that the ombudsman investigate the legality of the police actions before considering taking further action.

“I am prepared to file a criminal complaint, but do not want to get carried away with myself. I will thus hold off until the ombudsman has completed an investigation.”