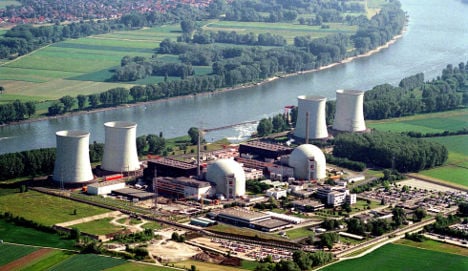 Daily Süddeutsche Zeitung reported that an unpublished experts’ appraisal found that Biblis B power plant had at least 80 significant weaknesses.

The finding is likely to bolster fierce opposition to the federal government’s recent decision to extend the life of Germany’s nuclear power plants by an average of 12 years.

The report was commissioned by the federal Environment Ministry to assess claims by the group International Physicians for the Prevention of Nuclear War that the reactor had 210 safety flaws.

The findings of the Institute for Applied Ecology in the Hessian city of Darmstadt did not verify all 210 claims by the IPPNW but found there at least 80 deficiencies that were “related to safety.”

Biblis B, which has been in operation since 1976, is one of the oldest German nuclear plants still running. Originally due to be closed at the beginning of 2012, it will now operate until as late as 2020 under the new lifespan extension.

Among the problems listed in the report are flaws in its emergency system, such as defence against earthquakes and floods. Materials used in the construction of the plant are now out of date, such as PVC plastic coating on electrical cables or pipes with weak points at their welded joints.

“Internal flooding” could occur through a cracked pipe, leading to “all four units of the nuclear cooling system failing.”

The overall impression given by the 336-page study, according to Süddeutsche Zeitung, is that in many respects, the reactor does not meet today’s safety standards. To bring it up to standard, an extensive overhaul would be needed.

The plant‘s operator, energy firm RWE, could be in for an expensive overhaul. Amendments to the laws covering nuclear power give authorities in the states extra powers to tighten safety requirements, Environment Ministry sources told the paper.

However, the Environment Minister in the Hessian capital of Wiesbaden said, “we have already assessed the claims but found no safety-related deficiencies.”

RWE also responded to the claims, saying: “Biblis is safe.”