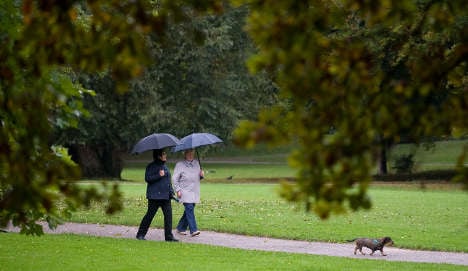 Top temperatures over the next few days will reach between 10 and 18 degrees, according to the German Weather Service (DWD).

Continual rain is to be expected from Lower Saxony across to Brandenburg during Monday, moving towards more central areas in the evening, with temperatures not topping 15 degrees.

Monday night will see wet weather in the central, southern and eastern parts of the countries, with temperatures down to between 6 and 10 degrees.

Things will dry up and brighten a little in the south and east during Tuesday, while the sun will also be seen in the north and west, with temperatures up to between 11 and 15 degrees, although it will get cold at night in the west, where light ground frost could result.

Wednesday should be dry across the country with only the most north-eastern areas still getting some rain.