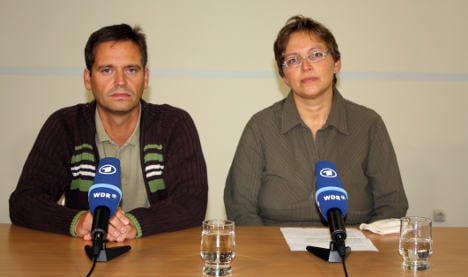 Police officers have been sent to a new area north of Grefrath, North Rhine-Westphalia, where Mirco went missing. Up to 1,000 officers spent two weeks combing the countryside around the small town after he disappeared on September 3.

His bike was found, and later his shirt and trousers, leading detectives to fear he may have been the victim of a crime, and that the perpetrator comes from the area.

“Please give us back our child, or tell us where we can find Mirco,” said his mother Sandra on Saturday in a televised appeal with her husband Reinhard, broadcast on WDR television.

“I know that something bad has happened to Mirco, a mother feels that… I worry about whether he is cold, hungry or is in pain, or calling for me. If the worst has happened, we have to be able to say goodbye and somehow live on.”

Speaking specifically of a perpetrator for the first time, Willy Theveßen, spokesman for the police said, “We hope that the perpetrator is affected by this and gives us an anonymous sign of where we can find Mirco.”

Witnesses say they saw a dark coloured car at the spot where Mirco’s bike was found, while on Friday police took cameras and radar vans to the area and took pictures of all the vehicles driving past.

“With much luck and coincidence perhaps the perpetrator was also photographed,” said another police spokesman.