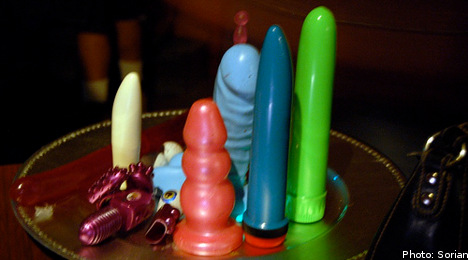 But the unorthodox move has not met the approval of the authorities.

“The hotel is trying to glorify something that we are working to de-glorify,” said Tom Eckerling at Stockholm police to the newspaper.

The hotel has no plans to change its minibar assortment however and reported that the response has been positive from guests, which it claims is made up of a chic fashion, art and music clientèle.

But the hotel told the newspaper that they try to take into account the needs of different groups and usually remove the items from hotel rooms used by families with children, for example.

Stockholm police have for some time been working closely together with the city’s hotels to try to stamp out prostitution.

Berns Hotel has for example taken the initiative of removing adult film channels after starting a cooperation with Ecpat, which works to stamp out child prostitution.

Despite the criticism over the innovative assortment, neither Eckerling, nor Berns Hotel reception manager Andreas L’Estrade, expect the sex toys to attract prostitution.

“There is nothing ugly with sex, that is something that we want to show,” said L’Estrade to the newspaper.