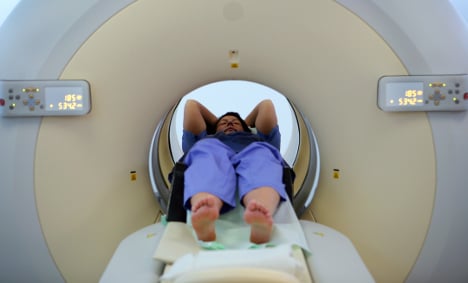 Under the changes, the rate of health insurance contributions – which are split between an employee and their employer – will rise from 14.9 percent of the worker’s wages to 15.5 percent, starting January.

The worker’s share will rise from 7.9 percent to 8.2 percent and the employer’s share from 7 percent to 7.3 percent.

In total, that hike will bring in an extra €6 billion per year.

Health Minister Philipp Rösler defended the rises as necessary, and indeed inevitable, because of the ageing population and the galloping pace of advances in medical science.

“We are ensuring a fair and stable health system that safeguards health care at the same high level of performance for future generations as well,” Rösler said at a press conference Wednesday.

Without the changes, health insurers would face an €11-billion budget shortfall next year, he said.

The financing of health insurance will also be overhauled in the medium term.

But workers may have to pay even more than 8.2 percent of their salaries, because statutory health insurers – who insure nine out of 10 Germans – will still be allowed to charge “additional payments” if they cannot make ends meet on their members’ regular contributions. Rösler has said, however, that such additional payments probably won’t be necessary in 2011.

Meanwhile the statutory insurers’ peak body accused the government of not having the determination to make savings and therefore sucking unnecessary money from the pockets of insured people. The insurance industry has been pressuring the government to force hospitals, doctors and drug firms to make savings instead.

Contributions were being raised “so that the earnings of doctors, dentists and hospitals can rise more strongly,” said insurers’ association boss Doris Pfeiffer.

“Through a committed savings programme, you would have been able to reach the goal of financial stability even without such a hike in contributions,” she said.

Hospitals could expect to get an extra €1.5 billion even though every fifth hospital bed stood empty, she said.

Andrea Nahles, general secretary of the centre-left Social Democrats (SPD), blasted the changes as one-sided, unfairly burdening the worker. This was a “rather brazen” instance of the conservative government favouring its own constituency, the business community, she told broadcaster ZDF.

People insured by statutory insurers would be doubly hit by higher contributions and the Kopfpauschale – an extra per-person payment that is independent of income – while people will private health coverage, who are normally wealthy or own businesses, escaped any extra burden, he said.