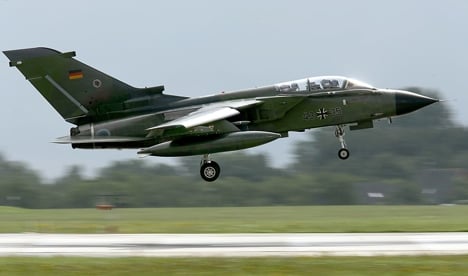 The six fighters have been delivering terrain photos to the international military mission ISAF since 2007.

ISAF commander David Petraeus is reported to have made the suggestion in a letter to Wieker in early August. Petraeus is reported to have said that even though the planes were “valuable reconnaissance tools,” in view of the fact that Germany’s military commitment was currently limited to 5,350 soldiers, it was better to have more troops on the ground. ISAF currently has “a desperate need for training and advisory units.”

Petraeus also asked Guttenberg to send 350 extra troops from the so-called flexible reserve force to Afghanistan. According to Der Spiegel, this puts the Berlin government in a difficult position, as the mandate for the reserve soldiers stipulates that they can only be used for a specific purpose – such as protecting parliamentary elections – and for a limited time.

Foreign Minister Guido Westerwelle said on Satuday, “If there is room for manoeuvre in the mandate, it should be used in a training capacity and not for combat soldiers.”