Getting official business done during summer in Sweden is like trying to lick your own elbow in school: it’s frustrating, makes you look stupid and everybody watching knows it’s impossible. So beginning my quest for citizenship in June was half-witted at best, but I wanted to vote in the general election and reckoned it was worth risking some mild social embarrassment.

In my defence, friends with dual citizenship had assured me the process would take six weeks at most. Once I had submitted my online application, the striking Nordic beauty we call home would cast a coquettish glance in my direction before welcoming me through the gates of a utopian kingdom where elk frolic in the forests, little frogs dance in rings, and tax officials ensure there are no silly names to upset the shimmer of relentless gaiety.

But my trailblazing new Swedish buddies had of course submitted their applications in the autumn or early spring. Not in June, when the great shutdown begins and a work-shy fog descends on the offices of every public employer for two whole months. It’s a time when interminable phone calls ring hollow in the cobwebbed offices of government agencies while hordes of absent clerks scratch their bureaucratic behinds in cloistered woodland glades.

By mid-August I was starting to get anxious. It is no exaggeration to say I say that I called the relevant agency twenty times in two days. Each time I was greeted with the same automatic reply.

”You have called the customer service department of the Swedish Migration Board. All our lines are bissy. Pleece call later.”

I slammed down the phone and unleashed a salvo of choice imprecations.

Eventually I changed tack and called the main switchboard. A rude woman informed me that I would have to call customer service.

“But there’s nobody answering there.”

“Not my problem, guv’nor,” she said, or words to that effect.

My appetite to participate in the looming election grew stronger still as party political posters began shooting up all over the country like enthusiastic heroin addicts. I hit speed dial, the Migration Board by now having assumed a status akin to a sibling or parent, and awaited the inevitable bissy message. But the hoodoo was finally dispelled when a different recorded voice informed me that my call would be dealt with if I held the line for 50 minutes. Strangely elated, I filled the best part of an hour sketching Swedish flags and learning the words of the national anthem.

I was humming the bit about wanting to die in Scandinavia when my call was patched through. A woman with a repellent desk jockey drawl told me I could expect to wait for “up to ten months”. Once my jaw had rebounded from the floor, I requested the name and number of the woman assigned to process my application. I then hung up and dialled the magic number.

“The person you are seeking is out of the office and will return on Monday.”

I wanted to die in Scandinavia. With immediate effect.

Monday came round and the farce gathered force. I called at 10.37. An automatic voice said my own personal bureaucrat would be back at 10.50. Fair enough, silly of me to have called at coffee break time.

I then forgot all about it for a few hours and called again just after four o’clock, fearing the worst.

“The person you are seeking has left for the day and will be back tomorrow.”

Of course. Next day I called just after three. “The person you are seeking has left for the day and will return tomorrow.” Scatter my ashes on a little red house and tickle me pink.

September arrived. Leaves were already tumbling from the trees outside my window when I finally got through. I almost expected this woman to inflict intense pain as she stuck needles in my voodoo effigy, but she was actually very nice and told me she had exceptional news: my application had just been approved and I was now officially a Swede. A little certificate duly arrived in the post to confirm my status as a dual citizen of the Republic of Ireland and the Kingdom of Sweden. Paradise regained.

All that remained was to phone the election authority and request that my name be added to the register ahead of polling day. My interest in the future of my adopted country grew overnight. How to vote? Should I choose to embrace our great shiny-pated leader for another four years (as a fellow follicle-shedder, I can say this without risk of being perceived as baldist), or should I harness my hopes to the three-headed red and green tax machine?

A woman picked up.

“Say what? You just became a citizen. Then you’re too late, mate. If you haven’t been a Swede for 30 days you ain’t got the right to vote.”

Despite my disappointment, becoming Swedish has already led to some new behavioral quirks. I’ve become less inclined to make quick decisions, have developed an interest in the latest men’s fashion trends, and sometimes find myself desperate to get outdoors and sing rousing folk songs with hordes of like-minded amateur crooners. It’s just a shame my election dreams ended on such a bum note, with my chances of affecting the outcome now on a par with attempts to get amorous with my elbow. Still, can’t blame a man for trying.

Do you feel the need to be a Swede? Here’s where you can apply online. 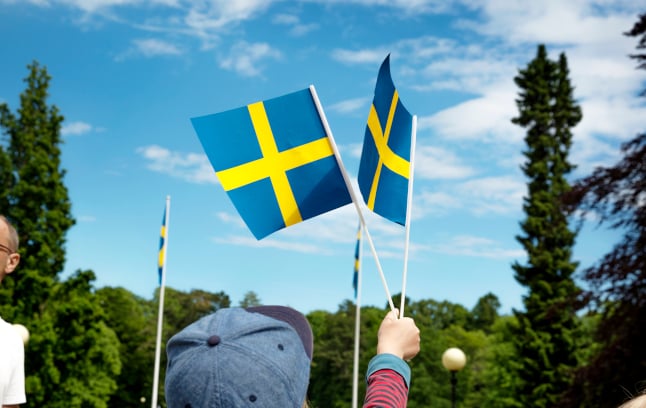 IMMIGRATION
How to get Swedish citizenship or stay permanently in Sweden 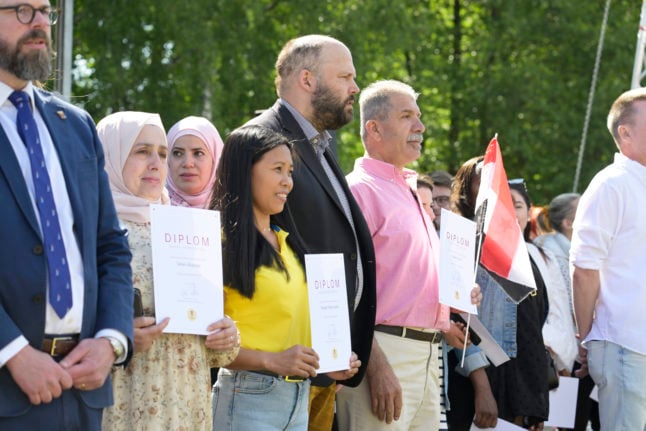 What is this report?

The report, which came out on December 13th, addresses complaints to the Parliamentary Ombudsman about long processing times at the Migration Agency for citizenship, asylum and residence permit applications.

In the report, Parliamentary Ombudsman Per Lennerbrant said that the Migration Agency must make “special efforts” to address the long waiting times faced by those applying for asylum, permanent residency, or citizenship in Sweden.

Lennerbrant stated that it is “unacceptable” that the Migration Agency, year after year, has unreasonably long processing times for a large range of cases.

He further criticised the Migration Agency for “slow and passive” processing in all cases which were a subject of the investigation.

How long did these applicants have to wait?

The report, which assessed five cases reported by applicants for Swedish citizenship, asylum and residence permits, concluded that, in all cases, processing times “exceeded what is considered acceptable”.

The five cases are described as follows:

What did the Ombudsman say about these cases?

The report concluded that, in all cases, processing times “exceeded what is considered acceptable”.

The report further concluded that all five cases were subject to “long periods of passivity”, stating that four cases were “not actively processed for the majority of the processing time”. One of these cases was concluded after “roughly a week” once a Migration Agency case officer finally started processing it.

In the fifth case, it states, processing “was initially carried out”, with “more than a year” passing before further action was taken, and then “a further ten months” before the case was concluded.

How has the Migration Agency responded?

The Parliamentary Ombudsman demanded a response from the Migration Agency, as well as answers to a number of questions, which it received on June 8th, 2022.

In its response, the Migration Agency stated that it “works to conclude received applications within the dates stipulated by law in all types of case”. It further stated that it “calculates that the goal of being able to conclude asylum and family reunification cases within legal deadlines […] will be reached during 2023,” and that the goal of concluding citizenship cases within six months will also be reached the same year.

It further states that a “new structure to provide support to employees working to conclude cases” was established at the end of 2021 and the beginning of 2022, which introduced a “case concluding support network” for each part of the process.

In March 2022, the Agency continues, “a new process was introduced for cases addressing residence permits due to family reunification, meaning, for example, that all new family reunification cases are handled by a central function which sorts out those cases which should be processed quickly”.

In 2021, the Agency states, an additional centre for handling citizenship cases was opened to “increase recruitment and lower vulnerability”.

It also stated that issues for the Agency which can cause delays include decisions from the Migration Courts demanding that cases should be concluded quickly, which affects the order in which different cases are prioritised, as well as outside factors such as war in Ukraine, which can cause bottlenecks.

The Agency agreed with the Parliamentary Ombudsman that processing times had “not been satisfactory” in any of the five cases addressed by the report.

Does that really mean people applying for citizenship next year will have an answer within six months?

The Parliamentary Ombudsman doesn’t seem to think so. It stated that the investigation shows that “the Migration Agency still has major issues with processing times”, and that it “concludes that it will take years before they reach an acceptable level”.

“In my previous assessment,” Ombudsman Per Lennerbrant said, “I spoke of a fear that the agency’s long processing times would become the norm if serious measures were not taken,” he said.

“I am now forced to confirm that my fears appear to have been valid. The Migration Agency must make special efforts to address the long processing times.”

The Parliamentary Ombudsman has also sent a copy of the decision to Sweden’s governmental offices, as the long waiting times are also in part due to a lack of resources.