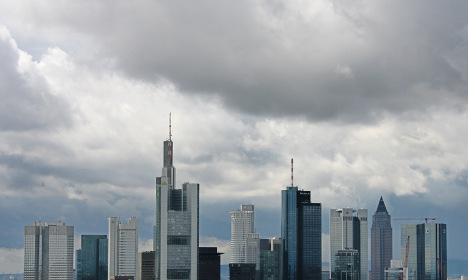 “The economic recovery won’t be impacted by these measures,” Finance Minister Wolfgang Schäuble told reporters. “Banks now have planning security with this decision.”

He added that the regulators unveiling the new rules in Basel on Sunday, forcing banks in the wake of the financial crisis to be better capitalised, had provided a “sufficient transition period” for lenders to adjust.

“This is a result of the necessary lessons we drew from the financial market crisis and at the same time puts in place conditions for lasting, solid, stable development,” Schäuble said.

A Finance Ministry spokesman meanwhile played down concerns that the rules, due to be examined by Group of 20 leaders in November, would overburden Germany’s troubled state-owned regional lenders.

Many of these lenders, known as Landesbanken, needed bailouts of billions of euros in emergency fresh capital and loan guarantees, and observers fear that the new rules will find them critically short of funds again.

Public banks in Europe’s biggest economy got their fingers burnt after the removal of state guarantees declared illegal under EU rules in 2005 forced them into riskier areas of business.

Germany was reportedly among a group of nations that succeeded in watering down tougher US and British proposals for the new “Basel III” rules, announced by the Basel Committee on Banking Supervision in Switzerland.

Banks have up to eight years to comply but the Association of German Public Banks (VÖB) said they did not have enough time, while the reforms were “like flying blind.”

“Clearly the German delegation (in Basel) was unable to represent successfully the peculiarities of the German banking system,” VÖB chairman Karl-Heinz Boos said in a statement.

“We see a danger that lending by German banks will be significantly hampered, hitting in particular Mittelstand (small and medium size) firms, who have no access to capital markets.”

Boos also criticised the fact that the Basel committee stopped short of fully recognising certain types of capital held in large quantities by the Landesbank sector.

Andreas Schmitz, the head of Germany’s private banking association, the BdB, told the Handelsblatt business daily that he expected the new rules to increase pressure on public lenders to merge.

His association said in a statement that it broadly welcomed the new rules, saying that although the capital requirements posed “big challenges” to banks and needed work in some areas, they were a “step in the right direction.”

“The new rules are ambitious, but all in all German banks will be able to implement them – even though this will require considerable effort,” it said.

The new rules are set to be discussed at a summit of the Group of 20 (G20) leading industrialised and developing economies in South Korea in November.