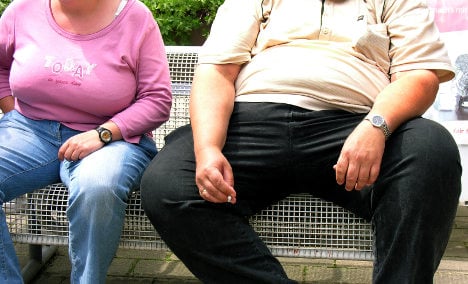 As the EU’s largest member nation, Germany is often at the top. The largest European economy, no country pays as much money into EU coffers, and no other country issues as many patents.

But according to the Eurostat Yearbook 2010, a massive survey that delves into life for the 501 million EU residents in 27 member states, Germany is also home to some ignominious records too.

The Teutons are among the fattest Europeans; their marriage rate is well below EU average; and they have the lowest birth rate by far.

Only Brits are tubbier than Germans, the statistics showed, with 59.7 percent reportedly overweight, a problem Eurostat blamed unhealthy eating and too little exercise.

“Obesity has become a social problem in the EU,” the report said, calling for better health education and sports programmes.

European men are more likely to be overweight than women, according to the statistics based on Body Mass Index (MBI) figures, with the thinnest women found in Austria and France.

Women were in general healthier than men, the report found. While about half of European men smoke daily, only one-third of women do the same. German tobacco consumption was in line with the EU average.

Meanwhile Germans were less likely to get married than the European average, with just 4.6 weddings per 1,000 residents in 2008.

But luckily for moralists, the number of illegitimate births was also likely to be curbed, because Germany remained dead last in births, with just 7.9 babies per 1,000 residents that year.

It also offers a glimpse into the future, with statisticians predicting when Germany will lose its place as the most populous EU country – 2060 at the latest, when growing Great Britain and France are expected to take the lead.

In the next 50 years the number of German residents will drop from 82 million to 70.8 million, the report projects.

“Low birth rates, emigration, and the ageing of the Baby Boom generation are the causes,” the report said.