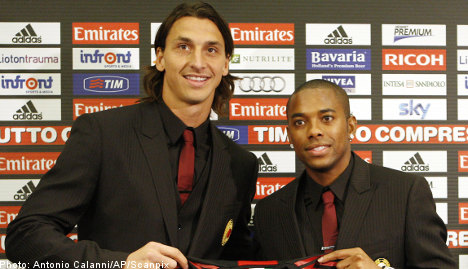 “There is without doubt a possibility that all four will play,” said Allegri. “But we need time. We’ve worked for two months to find a balance and now we need a bit of time to find a new one.”

Allegri was named as the successor to Leonardo Araújo at the start of the summer, but has had just a few days to work with Ibrahimovic, who arrived on August 28th, and Robinho, whose move went through on August 31th, the transfer deadline.

Ibrahimovic joined on a season-long loan with an option to buy from Barcelona, while Robinho arrived on a permanent basis from Manchester City.

Milan began their Serie A campaign with a 4-0 win at home to Lecce, but Allegri warned, “If we take to the field with complacency, we’ll come off it with broken bones.”

“Matches aren’t won before being played,” he added. “I said it at [former club] Cagliari when we played against the ‘big teams’ and I say it today for Milan against the ‘little teams.'”